Tuesday’s video: New York and others will see a massive outflow of people. 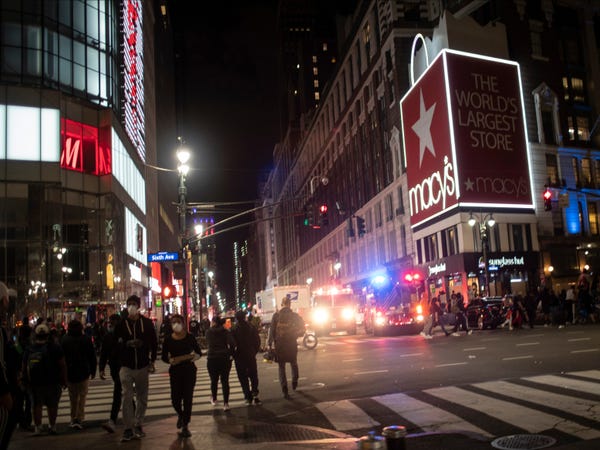 Red vs Blue: The difference

Like many of you, I could not believe what we were watching on TV, from St. John’s Church burning in Washington D.C. to Mayor Lightfoot of Chicago saying “F…..U” to President Trump as violence swept the city and more people were killed.
Here in North Texas, we had protests but nothing got out of hand.  Yes, a man was beaten outside his business but the police presence was such that the curfew was enforced.   In Texas, we arrested people whereas they looted in other cities up north.
The Dallas Morning News headline told the story:   “‘We’re not playing tonight,’ authorities say as they begin to enforce 7 p.m. curfew in Dallas”.
We are not playing because Governor Greg Abbott activated the National Guard and supported local police:
“Texans have every right to exercise their first amendment rights, but violence and looting will not be tolerated,” the governor said in a statement.
Yes, there were some problems in Austin but that’s it.  And they were nothing compared to what we were seeing in other places.  It was nice to see also people in Texas reminding everyone that “minority businesses” were the ones destroyed.
Congratulations to Texas and our Governor.  We protected citizens rather than make excuses for lawlessness.
P.S.  You can listen to my show (Canto Talk) and follow me on Twitter.
Posted by Silvio Canto, Jr. Post Link ---> 5:19 AM