Tags: Group think in the media, US Marines to Syria, Trump and wiretaps, Democrats and pro-life voters, To share or post to your site, click on "Post Link". Please mention / link to the My View by Silvio Canto, Jr. Thanks!
Posted by Silvio Canto, Jr. Post Link ---> 9:00 PM 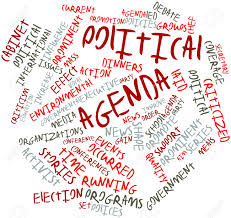 Tags: Women march around the world, Venezuela, Mexico and US immigration laws, Ecuador elections, Oberbrecht scandal To share or post to your site, click on "Post Link". Please mention / link to the My View by Silvio Canto, Jr. Thanks!
Posted by Silvio Canto, Jr. Post Link ---> 5:00 PM

Wiretapping, Trump vs media and more with Frank Burke

Wiretapping, AG Sessions under fire plus a few thoughts about Venezuela

Once upon a time, media leaders were told to rearrange their newsrooms.  And so they brought in more people of color to make the newsrooms more relevant.
A bit later, they were told to change the gender breakdown – i.e., not enough ladies.  So they brought in more ladies.
In the end, the newsrooms had more people of color and more ladies, but they were just as liberal and coastal as they were when it was white men sitting at the desk.
Nate Silver’s new installment on the 2016 election will hopefully get a lot of discussion at journalism schools, and especially media staff meetings.
It is the biggest indictment on everything that is wrong with these newsrooms written in quite some time:

The political diversity of journalists is not very strong, either.
As of 2013, only 7 percent of them identified as Republicans (although only 28 percent called themselves Democrats with the majority saying they were independents).
And although it’s not a perfect approximation — in most newsrooms, the people who issue endorsements are not the same as the ones who do reporting — there’s reason to think that the industry was particularly out of sync with Trump.
Of the major newspapers that endorsed either Clinton or Trump, only 3 percent (2 of 59) endorsed Trump.
By comparison, 46 percent of newspapers to endorse either Barack Obama or Mitt Romney endorsed Romney in 2012.
Furthermore, as the media has become less representative of right-of-center views — and as conservatives have rebelled against the political establishment — there’s been an increasing and perhaps self-reinforcing cleavage between conservative news and opinion outlets such as Breitbart and the rest of the media.

Let me share a couple of personal observations about the election.
Over and over, I would hear that the Trump rallies were full, and often people could not get in.  We would hear about people driving around the country and seeing only Trump signs.  On the other hand, that was not the case with the Clinton or Kaine rallies.  I am not saying this is a total indicator, but it indicates something that most reporters were not picking up.
During the campaign, I took quite a few questions from Spanish media reporters.  Every interview would start with a question about how Trump insulted Mexicans at the start of the campaign.  I would respond by saying the remarks were bad, indeed, but Hispanics are also concerned about the economy and the cost of health care.  Nobody wanted to talk about that in the Spanish media, at least the ones operating outside Miami, where Cubans dominate the audience.
Watching TV, I would see these experts talk about a Clinton landslide – i.e., 400 electoral votes or more.  I would ask myself: Who was the last Democrat to do that?  The answer is President Johnson in 1964, and he did very well with the white male vote.  Hillary Clinton was not doing well with the white male vote!
Over and over again, I felt that the media were disconnected, or just too many reporters telling each other how smart they were.
Nate Silver recommends that journalists “recalibrate themselves to be more skeptical of the consensus of their peers.”
Let me be more blunt than Nate.  Journalists need new peers.  They need peers who will tell them how stupid it is to say a man has a civil right to go into a woman’s bathroom.  Or to immediately play the race or gender card when someone between the coasts criticizes President Obama or Leader Pelosi.  Or how silly it sounds that President Obama left a great economy but no one appreciates it.
Want more readers or viewers?  Put a different team on the field, one that actually thinks, not just looks, like America!
P.S. You can listen to my show (Canto Talk) and follow me on Twitter.
Read more: http://www.americanthinker.com/blog/2017/03/its_emthinkingem_diversity_that_the_newsrooms_need.html#ixzz4b6yaoFSNFollow us: @AmericanThinker on Twitter | AmericanThinker on Facebook