Is Joe Biden's presidency the reincarnation of Jimmy Carter's? 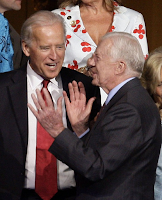 Back in 1976, I voted for President Ford after supporting Governor Reagan in the primaries.  It was a close election, but Texas and a few others went blue that year, and Governor Carter was in.

Around 10 A.M. the next day, the election went for Mr. Carter, and I felt a bit depressed.  How did this happen?  After a few days, I said to my friends that the country would regret this decision.  Honestly, it was the same feeling I had when Mr. Biden assumed the presidency.

A day ago, I saw this article by Daniel Gallington, and it makes a lot of sense:

The reason Mr. Biden will fail so soon is that many more millions than voted for him will realize — and quickly — that they made a mistake.  In some ways, it will be a similar reaction ... to the election of Jimmy Carter in 1976, when many of his voters quickly realized they had screwed up.

So why/how did we elect the wrong person — both in 1976 and again in 2020?  The exact reason for this was/is the focused public voter reaction on a single and very specific set of circumstances, rather than as an endorsement of a generalized political agenda.

Isn't that the truth?

1. Gas prices will go up because you can't destroy supply without affecting the cost at the pump.  It's great to talk about "green energy," but we are still going to put something that comes from fossil fuels in our cars.

2. The border will explode.  You can't tell people you are going to reverse President Trump's border policies without giving inspiration to many to walk north and get legalized.

Just wait: that buyer's remorse is coming and coming fast.  In a year, many voters will remember President Trump's low gasoline prices and the order on the border.  They will want those good old days back, including the tweets!