We could use Jackie Robinson's character today 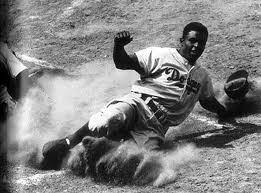 In 2017, baseball celebrated the 70th anniversary of Jackie Robinson's debut.    It was a great day for baseball and the country.

Much has been written about Robinson, the player and the man.    There is a new book about Robinson's deep faith and how it helped him during those tough days of 1947:

Back in 2007, former Sen. Mitchell dropped a huge bomb on the baseball establishment.

As we suspected, there were many big names in the steroids club.   It put a cloud over many of the recent home run records, specially the 1990's.


As for me, I just think that Roger Maris looks so much better today.  It's a shame that most people don't remember him or what he did in 1961!


What about Hank Aaron? He is still the home run king in my book!

Washington and other of Friday's top news stories 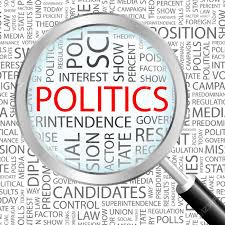 We will look at the talk of Senator Kamala Harris, the liberal from California, as a candidate for president in 2020..........is the party leadership that out of touch with electoral reality? A New York Times editorial blasted China's disregard for the world's climate.....wasn't that one of the reasons for pulling out of the Paris accords.......Professor Victor Davis Hanson has a great post about the media......President Trump has a point about the Mueller investigation......a shake up in the White House......Ernest Hemingway was born on this day in 1899....
and other stories............

Summer reading book: “When Character Was King: A Story of Ronald Reagan”

Democrats living but not learning

Not surprisingly, there is already talk of 2020. It’s the way it is in this crazy age of campaigns that go on for years.
What is very surprising is that Democrat donors and elites are seriously considering nominating Senator Kamala Harris, a liberal U.S. senator with very little national experience.
It sounds to me that this is a party living but not learning. Has one of these donors looked at an electoral map of the U.S.?
I agree with George Neumayr:

The growing chatter among Dems about her as a potential 2020 candidate is yet another illustration of the party’s lack of seriousness.
At a time when it should be downplaying its image as an out-of-touch bi-coastal party, it deepens that image by pushing one more San Francisco radical forward.
Who knows, maybe Harris can run with Pelosi.
According to press reports, Harris wowed supporters of Hillary’s at a recent fundraiser in the Hamptons.
What a compelling look for a defeated party — a San Francisco kook feted by routed East Coast plutocrats impressed by her stern questioning of General Mattis over the plight of transgender soldiers. That should work well in the Rust Belt and the South.
Even Mark Penn, Hillary’s former strategist, is wincing at the party’s direction. He recently wrote that the party can’t recover if it stays on this far-left course. He proposes that the party adopt a more measured, less intolerant liberalism. But his plea is falling on deaf ears.
The party is in no mood for any Sister Souljah moments. It remains the party of MoveOn.org, evident in the gushing over Harris for having raised money for it off her classless antics against Sessions and company.

Do these donors seriously think that a liberal woman from California will win? Besides that, Harris is not just liberal. She is an extreme leftistl on most issues.
Frankly, she reminds me a lot of another liberal and very ambitious woman, Wendy Davis, who was trounced in 2014 in Texas.
Davis “bought her fame” by hitching her wagon to an abortion debate in the Texas legislature. Harris is buying her fame by becoming the face of the so-called “resistance” of everything Trump.
Then, like Clinton, Davis thought that demographics would elect her. It did not work when Hispanic women were turned off by her abortion message.
2020 is so far away that anything can happen. After all, who predicted President Obama in 2005 or President Trump in 2013?
Nevertheless, Harris is the wrong choice for a party decimated under the Obama years.
P.S. You can listen to my show (Canto Talk), (YouTube) and follow me on Twitter.
Tags: Democrats after 2016 To share or post to your site, click on "Post Link". Please mention / link to the My View by Silvio Canto, Jr. Thanks!
Posted by Silvio Canto, Jr. Post Link ---> 7:00 AM