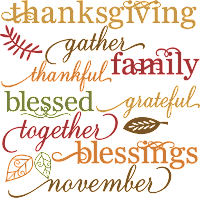 No wonder so many in Oregon want out....

We learned that two Oregon counties want out of Oregon.  They want to join Idaho and hang around with people that they can relate to, not public officials who let Portland get trashed every night.
Governor Kate Brown of Oregon is now asking her citizens to snitch on their neighbors if they are spied violating her arbitrary COVID social distancing rules.
I remember that from Cuba when neighbors were told to spy on neighbors to see if they were buying food in the underground economy.  The regime had issued "ration cards" and it was illegal to buy anything above and beyond the state's weekly supply.  So people went underground and made deals with farmers who sneaked food into the cities after midnight.  As you can imagine, the state rations were inadequate. I remember one night my parents and friends literally splitting all of the meat and vegetables on the dinner table.
Governor Brown is now tougher on people celebrating a family tradition than she was on the terrorists who rioted for more than 100 nights in Portland, as we see in this post:

Under her Oregon mandate, you can have no more than six people in one home to celebrate Thanksgiving and they cannot represent more than two households. In other words, you'll be forced to choose between aunts, grandparents and nephews. Who will you invite? You'd better decide now.

Wonder if Gov. Brown issued an executive order telling the terrorists that they only terrorize in groups of six?  Or only with terrorists who share the same household?   Or did the governor criticize those who celebrated the Biden victory?
This is madness, and I don't think people will follow these stupid rules.
P.S.  You can listen to my show (Canto Talk) and follow me on Twitter.