Is anti-Semitism in Latin America a result of Growing Iranian Influence? 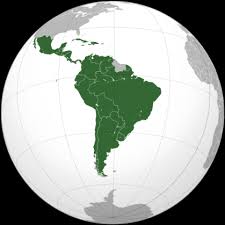 There are a lot of bad things happening in Venezuela, specially the anti-Semitic tone of the Chavez wing of the Latin America left.

This is from a recent report via Fausta's Monday Carnival:

"Sammy Eppel, activist and director of The Commission for Human Rights at B’nai B’rith Venezuela, said on Monday that anti-Semitism in Latin America has significantly increased in recent years.
“The problem is that there is big damage that has been done in the last 12, 10  years,” he said. “I was born in Venezuela and I lived there all my life and I never felt anti-Semitism from anybody… we were never discriminated and all of a sudden in 2004, it explodes.”
Eppel made his comments as a panelist at a special conference held at the United Nations in honor of Holocaust Remembrance Day."

Mr Eppel also said that he feels that this is due to Iranian influence:

"The Islamic Republic operates a television station in Spanish that “spews venom” about Jews, according to Eppel. They are also taking over Arab and Christian institutions in Latin America and converting them into anti-Semitic establishments, he said."

This is really sad and very disturbing.

No doubt that this anti-Semitism is part of an Iranian strategy to make Israel the enemy.

This is wrong and I hope that politicians all over the continent reject this horrific discrimination.