We can say a couple of things about the Rittenhouse verdict.

First, the jury saved our legal system.  They followed the law, were not intimidated by the mob outside and delivered the correct verdict.   Professor Turley said it best:

"The result was hardly a surprise to many of us who watched the trial rather than the media coverage. The jury spent days carefully considering the evidence and could not find a single count that was supported beyond a reasonable doubt.

In rendering its verdict, the jury fulfilled its core function in our legal system. The jury was designed to protect an individual from becoming the grist of a criminal justice system.

Second, young Kyle can now take the next step and save the media from itself.  He needs to sue and break the back of some of the most irresponsible news coverage in years.   Here is a brief summary from Kaylee McGhee:

At least a handful of major news networks have spent the past week spreading outright lies about Rittenhouse’s case and smearing him as a “racist” and “white supremacist.”

A few days earlier, MSNBC host Joe Scarborough claimed Rittenhouse fired his weapon 60 times when evidence shows he fired his rifle a total of eight times. MSNBC host Joy Reid accused Rittenhouse of driving four hours with an AR-15 when Rittenhousetestified in court that he acquired the weapon at a friend’s house once he arrived in Kenosha.

Like Russia Russia Russia or young Sandmann's case, the media just lost it.  Too many mistakes in the same direction wouldn't you agree?

I think that today's media can be divided into two groups, the crazy bunch deeply infected with Trump Derangement Syndrome and the serious ones appalled by the aforementioned behavior.  My guess is that the serious people in the newsroom are cheering for Kyle to blow up the likes of MSNBC and CNN.

Go for it, Kyle.  You will save journalism from its vicious self-destructive behavior. 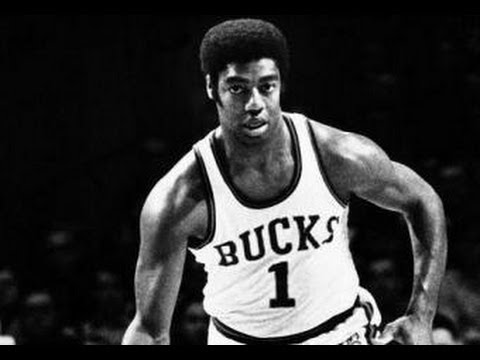 We say happy birthday to the great Oscar Robertson.    He was born in Tennessee on this day in 1940.

Then he went to Milwaukee where he got to play with Lew Alcindor and win a title.

Great player!
P.S.  You can listen to my show.  If you like our posts, please look for ”Donate” on the right column of the blog page.