Crime wave plus Trump correct on monuments and 3 debates in the fall 06/23 by Silvio Canto Jr | Politics:


The crime wave in Chicago and other places......Trump correct over the destruction of historic monuments.....Biden vs Trump debates coming up.......Happy # 80 Justice Clarence Thomas.....Germany invades Russia June 1941......
and other stories.....click to listen:

Tuesday’s video: Trump is correct about the destruction of statues

Maybe they didn’t tear down enough statues in Chicago

It was another bloody weekend in Chicago and other cities.  As always, Chicago leads the way, as we see in this local report:

Chicago recorded at least 11 killed and 67 wounded during an outbreak of violence, according to Fox 32. The deaths included a 3-year-old and a 13-year-old girl. The teenage girl was home Saturday night when she was struck in the neck from the shot fired from outside. She was pronounced dead at Stroger Hospital.
CBS Chicago reported that eight of those shot were children and teens, four of them died.  The 3-year old was with his stepfather at about 6:30 p.m. on Saturday when he was struck in the back. Witnesses told the station that the gunfire came from a blue Honda.
“Tears are a natural reaction to these tragic stories of violence. But we need to do more than just cry,” Chicago Police Supt. David Brown said. “Let’s keep violent offenders in jail longer, and let’s revamp the home monitoring system. It’s not working.”

Not working at all!
By the way, wonder if any of the “shooters” were wearing masks to prevent spreading the virus?  They were obviously not maintaining a proper distance.
We saw similar crime reports from other cities.
What do these cities have in common?  They are bringing down statues, renaming schools, talking about defunding the police, and run by Democrats.
P.S.  You can listen to my show (Canto Talk) and follow me on Twitter.
Posted by Silvio Canto, Jr. Post Link ---> 7:04 AM

We love the movie: "The Pride of the Yankees"! 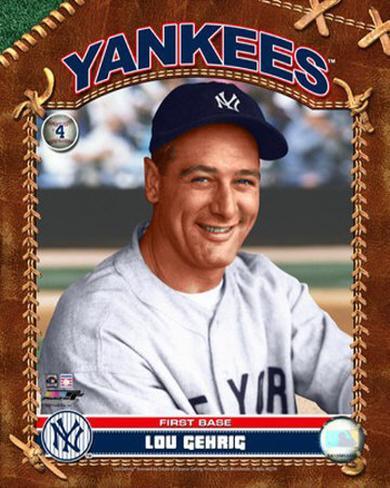 In a couple of weeks, we will recall another anniversary of Lou Gehrig's 1939 farewell speech.


We also love watching "Pride of the Yankees", the greatest baseball movie ever. (Maybe "Field of Dreams" is second!)


We love baseball history.  We love Lou Gehrig's life, and specially the courageous way that he fought adversity.

Felo brought his conversationalist style to calling a game that he loved as much as anyone.

My parents grew up listening to Felo and baseball games on the radio in Cuba.

I connected with Felo in the 1980’s during my time in Mexico City.  Starting in April, and all the way to the World Series, there was Felo Ramirez on the radio broadcasting major league baseball games to Latin America.