CANTO TALK from the last week 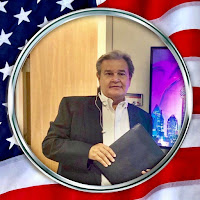 Where did 41 years go?  On this day in 1980, we watched Ronald Reagan accept the Republican nomination.

During the speech, Mrs. Reagan sat by him looking great.  President and Mrs. Ford were in the audience and cheered along with the delegates.  Behind him were two future presidents:  Bush-41 and Bush-43.  Wonder if that has ever happened before?

Governor Reagan, as they used to call him, had considered President Ford as VP.  It was one of those 24-hour stories that had everyone at the convention and pre-cable news TV consumed.  Thankfully, that balloon was shot down as a constitutional nightmare.   As I understand the story, President Ford pushed for Mr. Bush to be the VP nominee.   It turned out to be a great ticket.  Maybe today we would call it a marriage of the "outsider" and "establishment".

By 1980, President Ford was extremely popular.  I guess that four years of President Carter and gasoline prices will do that to any Republican, especially the one he narrowly defeated in 1976.  This is a lesson that President Trump should heed.  Let the incumbent mess it up, stay in the sidelines look good in comparison.

Back to that speech.  It was Reagan at his best:  optimistic and patriotic.  I still love this speech so many years later.   It's worth an hour of your time especially when you get frustrated with current events.