Wednesday’s video: Reporters on a mission.....

Wednesday’s video:
Reporters on a mission.....
click to watch:

The money is on Trump 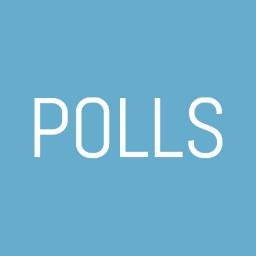 On Tuesday morning, the Real Clear Politics average had former VP Biden up by 6.3 against President Trump.  At the same time, the “betting odds” or the people who bet their money has the President up by 5.5.
What does it all mean?
First, polls are snapshots, as they say.  Also, polls are all about samples.
Second, “betting odds” are people who actually put their money down.  It’s not an emotional snapshot but rather a more logical decision based on the future.
My bet is that President Trump will be reelected.
By Labor Day, voters will look at what he did to fight this virus.  They will reward him his administrative skills and how he reacted to the situation.
As for the Democrats, they need something more than saying that President Trump was “unprepared.”  They will need a coherent candidate or anyone who can unite the party.
By the fall campaign, the range of issues will expand beyond the virus.  For example, the Democrat candidate is going to have explain why “blue states” should be bailed out.
So the betting odds are with the President and I agree.
P.S.  You can listen to my show (Canto Talk) and follow me on Twitter.
Posted by Silvio Canto, Jr. Post Link ---> 6:50 AM

Guest: Richard Baehr, Chief Political Correspondent American Thinker........we will look back at Election 2016........what happened? Nobody predicted a Trump victory specially in states like Pennsylvania and Michigan........the GOP held its US Senate majority against all odds........what happens to the Democrats? will we see a civil war between the left and center? Is the Clinton era over? where does the GOP go from here?........and some final thoughts about an election campaign unlike any other in recent history.......click to listen: