"Race card" Holder is a disgrace


My guess is that serious Democrats have to be horrified with AG Holder's comments about being treated "different."

We are watching an Attorney General who has no respect for the office he holds. He is acting like a partisan street politician rather than the top law enforcement officer in the US!


"A veteran Justice Department lawyer says that Attorney General Eric Holder has politicized the department in a way he hadn’t seen before. In short, “Holder is the worst person to hold the position of attorney general since the disgraced John Mitchell.”
Now in his sixth year as attorney general, Holder has increasingly tilted the department in an ideological direction. It’s one thing to emphasize President Obama’s legal priorities. It’s quite another to decide not to enforce certain federal laws — such as the ban on marijuana — or urge state attorney generals to refuse to defend local laws on same-sex marriage. Legal changes are achieved through legislation, not through a sudden whim not to enforce them. No other attorney general has acted in this manner."

And no other Attorney General has ever accused his critics of "racism".

Remember Janet Reno?  Remember how she got treated after Waco '93?  Do you recall AG Reno saying that she was being treated differently because she is a woman?  On the contrary, she took responsibility for Waco and answered questions.

How about Alberto Gonzalez, the first Hispanic AG.  Did he "whine" about being treated differently?

From "Fast & Furious" to the "IRS," AG Holder has shown a preference for his side rather than the rule of law.  He targeted Arizona but looked the other way when California & Illinois issued driver's license to people in the US without papers.

On top of that, he has accused Texas and other states of "racism" because we want to protect the integrity of the election laws.

My father once told me that you can survive corrupt politicians but not a police chief.  In other words, those entrusted to enforce the law can not be corrupt or the whole system collapses.

Frankly, President Obama could do the country, and especially his administration, a big favor by telling AG Holder to spend more time with his family and leave public service.

P. S. You can hear my chat with Jim Yardley, contributor to American Thinker,  about AG Holder & follow me on Twitter @ scantojr.

We spoke with Carlos Roncal, CEO of World Language School in Dallas, TX.  We spoke about "medical tourism",  a business of the future.

Pre-Castro Cuba had problems but “a worthless peso” was not one of them! 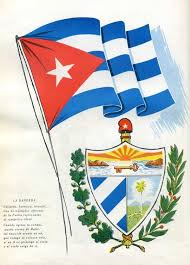 My father has a copy of a pre-Castro Cuban peso framed in his home office.  I see it every Sunday when we visit my parents and enjoy some of my mom's Cuban food.
It's been on that wall for a long time, together with that quote from Jose Marti:
“Nunca son más bellas las playas del destierro que cuando se les dice adiós." (Thanks to my friend Jorge Ponce for writing about this)
The Cuban peso and the Marti quote have always reminded us of Cuba.
They bring back  Cuba and the stories that we would hear daily at the dinner table growing up in Wisconsin.
My parents were completely committed to the proposition that we'd always remember Cuba.  I am very happy that they were!
The following story about life in the island brought my father's Cuban peso back to life. .
We just learned today that Cubans have something else to worry about:

"Cubans are taking another hit to their wallets as the government announces an increase in the cost of powdered milk, a staple of every home with children and basic to the diet of nearly everyone on the island.The measure will not affect the state-subsidized supply of powdered milk to children aged seven and under.They receive three kilograms of powdered milk at the equivalent of 40 U.S. cents a kilogram, paid for in ordinary Cuban pesos.But at hard-currency stores, the price of a half-kilogram package will go up 45 cents from $2.90 to $3.35. A kilogram package will go up by 85 cents or from $5.75 to $6.60.These stores sell in Cuban convertible pesos (CUC) comparable to the U.S. dollar and already have a 240 percent markup on their products.The average state employee earns the equivalent of between $20 to $30 USD a month and spends up to 80 percent of their income just on food so any price hike puts the family budget into a tailspin."Everything is difficult and this price rise will make them more difficult," said Magdalena, a 45-year-old woman who has a 15-year-old daughter and a 19-year-old son."If prices go up in the shops, the price on the black market will also increase so we won't be able to buy as much.""

Another day and another failure "para la revolucion"!
By the way, pre-Castro had its problems and we've been very frank about them. The island had its share of political problems and corruption was a factor.  My parents were there in the 1950's and they are the first ones to recognize the island's shortcomings.
At the same time, "milk problems" caused by a weak and worhtless currency was not one of them.
There was lots of "leche cubana" (Cuban milk) to go around and a strong Cuban peso to handle any imports if bad weather or some other reason, made that necessary.
Imported milk, or price fluctuations of such imports, was not something that our mothers or "abuelas" (grandmothers) had to worry about.  They had plenty of milk brands to choose from when they went to "la bodega".
The island produced enough milk and had sound money, as we see here and many other studies.
Again, another failure for "la revolucion" and more pain for the ones in the island!
And another reminder of how bad "esta revolucion" has been for Cuba and Cubans!
P.S. You can hear CANTO TALK here & follow me on Twitter @ scantojr.
Tags: Pre-Castro Cuba  To share or post to your site, click on "Post Link". Please mention / link to the My View by Silvio Canto, Jr. Thanks!
Posted by Silvio Canto, Jr. Post Link ---> 12:30 AM