Saturday's show: The week in review with Bill Katz, the editor of Urgent Agenda

Saturday's show:
The week in review with Bill Katz, the editor of Urgent Agenda

Nancy Pelosi’s got her own resistance 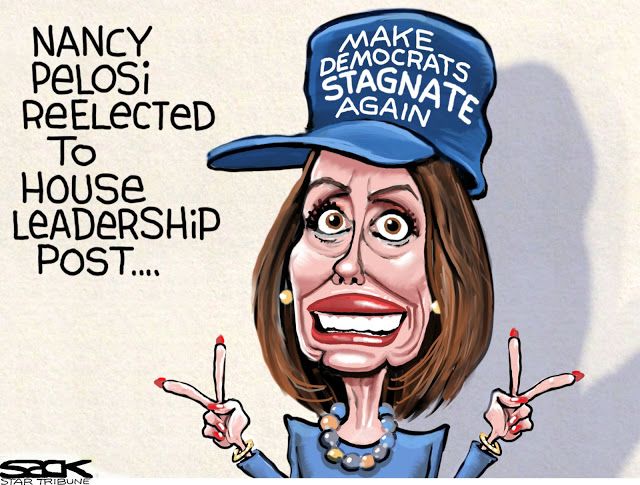 In a couple of months, a bunch of new Democrats will be sworn in and select a new speaker.  Will it be Speaker Pelosi, round II or will they go younger?  We will find out,  but Mrs. Pelosi has a few problems already, according to this story on Politico:

It’s going to be close at the very least: Without every race decided, Democrats have picked up 31 seats in the midterm elections for a total of 226, meaning Pelosi can lose eight votes on the House floor. However, Democratic leaders believe they’ll net another half-dozen seats that have yet to be formally called, meaning Pelosi could lose up to 14 members.
Meanwhile, the anti-Pelosi faction — whom some have dubbed the “revolutionaries” or the “rebels” — are working to grow their numbers. Eight of them joined an hour-long conference call Wednesday night to discuss strategy and messaging. They’ve divvied up the names of just-elected candidates who have called for “new leadership” and are reaching out to encourage them to vote against Pelosi on the floor.

So what happens?
My fervent hope is that Mrs. Pelosi becomes Speaker Pelosi again.  She is the gift that keeps on giving.  She is a liability between the coasts and my guess is that most Democrats know that.  After all, how many of the newly elected Democrats campaigned with Mrs. Pelosi?  Not many!
In reality, Mrs. Pelosi may have enough support from the party’s dinosaurs to stick around.  She may just make it by a few votes and keep her job.
One way or another, the resistance now has to govern.  They have to do all of those boring things, such as a passing a budget.  They will have to come up with a health care plan and explain how to pay for it.
Get ready for quite a circus over at the House.  It will be fun to watch.  It will probably pave the way for the GOP to pick up the House in 2020.
PS: You can listen to my show (Canto Talk) and follow me on Twitter.
Tags: Nancy Pelosi and the resistance  To share or post to your site, click on "Post Link". Please mention / link to the My View by Silvio Canto, Jr. Thanks!
Posted by Silvio Canto, Jr. Post Link ---> 10:30 PM

We learned today that Joe Mauer is retiring from baseball.

He was an amazing player and the only catcher to win 3 battling titles.  Lately, Joe played first base with the Twins.

Is Cooperstown next?  I say yes.

Yes, put him in Cooperstown.  Super player.  He was born in the Twin Cities and got to play for his home team.