(My new American Thinker post)
We saw an article this morning that President Obama is planning a global tour to say goodbye to the world.
It’s sort of like his version of the Derek Jeter farewell tour of 2014. Of course, it’s not a stretch to say that Jeter had a few more successes on his record than President Obama. In other words, fans were sad to see Derek go because he was one of the greatest players of our time. On the other hand, a lot of world leaders want to see Obama go because he’s been so weak at a time when the world needs a strong U.S. more than ever.
Cuba is on the list, although nothing has been confirmed according to news reports.
Let me make a suggestion if President Obama plans to visit Cuba. How about paying attention to the plight of a Cuban namedVladimir Morera Bacallao (via our friends at Babalu):

Back in December of last year, President Obama and the media seemed very interested in labor activist and dissidentVladimir Morera Bacallao when he was part of the list of 53 political prisoners “released” by the apartheid Castro dictatorship pursuant to their deal with Obama to “normalize” relations.
Back then, Vladimir fit perfectly into Obama’s narrative that appeasement of the Castro regime yields positive results and the media was all too happy to push that line. However, when Vladimir was arrested and imprisoned again only four months later, he ceased to be of any use to the White House.
He no longer provided the positive spin the president so desperately needed to defend his disastrous Cuba policy and literally became a non-person as far as Obama and the media were concerned.
Today, after nearly three months of a hunger strike in prison, Vladimir Morera Bacallao is slipping closer to death.
But since he is no longer useful to Obama’s pro-Castro and pro-apartheid agenda, you will not hear the president, or his State Department, or his minions in the media, utter a single word about him.
It is not that they do not know what is going on in Cuba, but that they simply do not care.

Let’s hope that someone cares. Vladimir is dying in Cuba and President Obama is planning to shake hands with the dictator who put him there.
President Reagan once called the USSR the evil empire. Maybe it’s time for President Obama to get out of the box and stand up for a man who just wants to be free to write columns and offer opinions. Isn’t that what hope and change is really about?
P.S. You can listen to my show (Canto Talk) and follow me on Twitter.
Tags: Cuba and political prisons  To share or post to your site, click on "Post Link". Please mention / link to the My View by Silvio Canto, Jr. Thanks!
Posted by Silvio Canto, Jr. Post Link ---> 6:30 AM

2015: The national security stories of the year with Barry Jacobsen 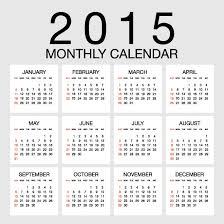