Trump and the Cuba policy, Mueller and leaks and a few other stories

Well, I had not heard this song in years.....it's about a guy in love with a pretty ballerina.

Getting old listening to "Bridge over troubled water" by Simon & Garfunkel 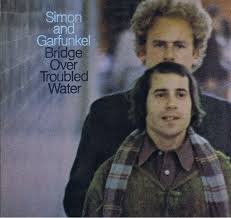 And it sat on top of charts 40 years ago!


"This was one of the few songs to top the US and UK charts at the same time.
It was #1 in the US for 6 weeks, #1 in the UK for 3. In 1971, this won 5 Grammys: Song Of The Year, Record Of The Year, Best Contemporary Song, Best Engineered Record, and Best Arrangement Accompanying Vocalists.
The album also won Album Of The Year. Bridge Over Troubled Water was the last album Simon & Garfunkel released before they split up. It is the biggest selling ever for Columbia Records."

Here is the song:


"When you're weary
Feeling small
When tears are in your eyes


I will dry them all


I'm on your side


When times get rough


And friends just can't be found


I will lay me down


I will lay me down

Mueller needs to shoot down The Washington Post story

If it’s 5:30 PM then it must be time for another “breaking story” based on a leak.
On Wednesday afternoon, we learned that Mr. Mueller’s probe now includes President Trump and obstruction of justice. This is from the article:

The special counsel overseeing the investigation into Russia’s role in the 2016 election is interviewing senior intelligence officials as part of a widening probe that now includes an examination of whether President Trump attempted to obstruct justice, officials said.
The move by special counsel Robert S. Mueller III to investigate Trump’s conduct marks a major turning point in the nearly year-old FBI investigation, which until recently focused on Russian meddling during the presidential campaign and on whether there was any coordination between the Trump campaign and the Kremlin. Investigators have also been looking for any evidence of possible financial crimes among Trump associates, officials said.

Of course, “unnamed officials” are the source of the story.
Mr. Mueller has to know who “leaked” this if the story is true.
After all, how many people would know something like this? It’s not like every typist in his office was aware of this information.
Mr. Mueller must denounce the leak and defend the independence of his investigation.
If false, Mr, Mueller should call out the Washington Post and say that the story is false.
How credible and independent is a special counsel whose staff “leaks” for this or that reason?
Deputy AG Rod Rosenstein should also say something about the “leak”.
Did he tell Congress the full story about Mr. Mueller’s investigation?
Otherwise, this whole investigation is a sham and won’t be accepted by half of the country.
Update:  Last night,  Deputy AG Rosenstein warned Americans to ‘exercise caution’ about anonymous reports.
P.S. You can listen to my show (Canto Talk), (YouTube) and follow me on Twitter.
Tags: Leaks and the Mueller probe  To share or post to your site, click on "Post Link". Please mention / link to the My View by Silvio Canto, Jr. Thanks!
Posted by Silvio Canto, Jr. Post Link ---> 6:30 AM