Too much Jorge Ramos is Univision's problem

We understand that the Spanish-speaking cable network Univision is for sale.   This is from the Los Angeles Times:

For years, investors have looked for an exit.
Plans for an initial public offering in 2015 collapsed when media stocks faltered.
Instead, Univision spent that summer in a skirmish with then-candidate, now-President Trump after he made derogatory comments about Mexican immigrants. Trump sued the broadcaster (and later dropped the suit) after Univision pulled out of a telecast of the Miss Universe beauty pageant.

To be fair, companies are sold all of the time, and this may be just another example.   Markets and audiences change.  It’s the way things are.
Furthermore, I’ve been on Univision Dallas many times.  They’ve always treated me well and fairly.  I have no complaints.
Nevertheless, Univision has 2 problems:
1) Young Hispanics are not watching Spanish TV.  I see that in my own world.  My sons born in Texas speak Spanish but they watch English TV.
2) Univision became The Jorge Ramos Show.  Too much immigration activism.  Too much anti-GOP news coverage.
For example, in 2014 Univision and Hillary Clinton got together for an education message.  Are you kidding me?  Did they offer the same deal to former GOP Governor Susana Martinez of New Mexico?  I wrote about this here.
So we wish everyone at Univision well.  Let’s hope that the sale works out well for the many who work there.
Let’s also hope that new ownership focuses more on news coverage rather than immigration activism.
PS: You can listen to my show (Canto Talk) and follow me on Twitter.
Posted by Silvio Canto, Jr. Post Link ---> 6:29 AM

The other European crisis: NO BABIES! 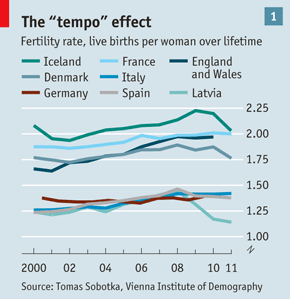 We listen to Mark Steyn when he sits in for Rush Limbaugh or catch him on Fox News.

Mark is usually funny but also rather serious, specially when he is talking about Europe.  He is warning the Europeans ,and the rest of us in the West as well, that you can not have a future without babies:

"The developed world, like Elisabeth, is barren.
Collectively barren, I hasten to add.

Individually, it's made up of millions of fertile women, who voluntarily opt for no children at all or one designer kid at 39.
In Italy, the home of the Church, the birthrate's somewhere around 1.2, 1.3 children per couple – or about half "replacement rate."
Japan, Germany and Russia are already in net population decline.
Fifty percent of Japanese women born in the Seventies are childless.
Between 1990 and 2000, the percentage of Spanish women childless at the age of 30 almost doubled, from just over 30 percent to just shy of 60 percent.
In Sweden, Finland, Austria, Switzerland, the Netherlands and the United Kingdom, 20 percent of 40-year old women are childless.
In a recent poll, invited to state the "ideal" number of children, 16.6 percent of Germans answered "None."
We are living in Zacharias and Elisabeth's world – by choice."   (Steyn)

Why do babies matter?

First, how do you pass on your culture, language and customs when everybody is "50-something" and the population is declining?  Who is going to appreciate all of those cathedrals, statues and traditions?

Second, how do you support older people collecting generous monthly benefits?  You don't do it with low birth rates.   After all, demography is destiny!

Last, but not least, who is going to defend what we value, such as freedom of speech, the rights of women, respect for dissent, the rule of law, etc?  How can you defend that with an army of "60-year olds" spending their retirement years in senior homes?

Steyn is right and the Europeans are in trouble.