How about renegotiating NAFTA as a treaty this time? 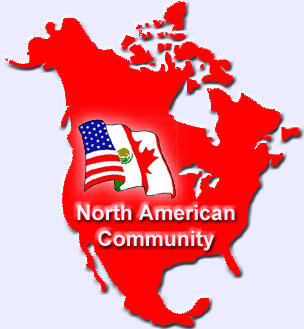 On Wednesday night, I had a chat with a good friend and Mexican businessman by phone. He was curious about President Trump and rumors that the U.S. would pull out of NAFTA.
Apparently, the Mexican peso had a bad day with the rumors of a U.S. cancellation. It’s amazing how many media outlets in Mexico overreact to everything that hits the internet about President Trump!
Later, we learned that President Trump has decided to negotiate rather than terminate, as we heard in news reports.
As I explained to my friend in a subsequent call, I support negotiations because it makes sense after 24 years. It is important for all three nations to put their cards on the table and move on or terminate the agreement. Also, a renegotiation may actually show that the original NAFTA worked out rather well for all.
Opposition to NAFTA is huge in Mexico, especially in the agricultural sector. I’ve heard from many Mexicans who despise the way that the agreement was approved in Mexico. And they will tell you that pre-NAFTA GDP growth was stronger, although I am not sure that you can blame all of that on NAFTA. I worked in Mexico in the 1980s, before NAFTA, and there were many protected industries. In other words, it’s easy to have growth when government policies curtail competition. Nevertheless, it’s fair to say that Mexico should take a look at NAFTA because it was sold as the key to general prosperity and it has not really worked out that way!
As a supporter, let me say that we made a huge mistake with NAFTA. It should have been submitted to the U.S. Senate as a treaty. It also passed primarily on a party basis in the House (234-200) with the GOP generally supporting it and most Democrats opposing it:

The strongest support in the House came from Republicans, who cast 132 votes for the trade plan and 43 against it.
Among Democrats, 102 voted for the agreement and 156 opposed it. The one independent in Congress voted against the plan.

The Senate vote was 73-26 in favor. Why didn’t we go with the treaty route with 73 votes in favor?
Consequently, we did not get the best deal in 1993. Instead, we got an agreement where a president could call for withdrawal or negotiation. Senator Obama did in 2008 and it was a big part of Mr. Trump’s message in 2016.
A treaty discussion would have recognized the benefits of a North American economic union but it would have slowed up the movement of manufacturing jobs south of the border. Also, a treaty could have included border safety and control of illegal immigration as part of a broad compromise.
So let’s renegotiate NAFTA and do it right this time, as a treaty as the Constitution calls for.
P.S. You can listen to my show (Canto Talk), (YouTube) and follow me on Twitter.