The electric car and the future of transportation with Frank Burke 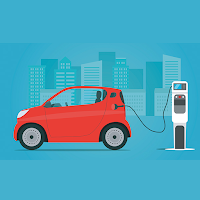 What will General Milley tell the Chinese general now?

As I hear, the CNN Town Hall meeting was boring and very boring. I did not watch it live but saw video clips on the Internet and read the play by play reports from Bill O’Reilly.

Maybe the most controversial answer was President Biden committing to defend Taiwan if attacked by China:

COOPER: “Are you saying that the United States would come to Taiwan’s defense?”

BIDEN: “Yes, we have a commitment to do that.”

Hello, Pacific Fleet: You may have an appointment in Taiwan sometime soon.

Hello, General Milley: What are you going to tell the Chinese General this time?

Hello, Congress: Did anybody vote to give President Biden the authorization to go to war over Taiwan?

As the article goes on to explain:

The Taiwan Relations Act to which the United States is currently party does not guarantee the U.S. will engage militarily if China attacks Taiwan, which it has claimed for decades is sovereign Chinese territory, but states that the United States “will make available to Taiwan such defense articles and defense services in such quantity as may be necessary to enable Taiwan to maintain self-sufficient defense capabilities.”

U.S. presidents have pursued a policy of “strategic ambiguity” so that China would not know exactly what the U.S. response would be to an attack.

Well, ambiguity no more. We will meet the Chinese in Taiwan if they choose to pull the trigger.

Maybe this is the post-Afghanistan Biden or a president showing that he is firm. Maybe he went off the text as he is prone to do. (That he might have done so is reflected in a White House “clarification” saying “There is no change in our policy. The US defense relationship with Taiwan is guided by the Taiwan Relations Act.” Maybe we’re now using confusion rather than ambiguity.)

Maybe this is Biden being Biden and proof of why he only does interviews with the “in the tank” Anderson Cooper at CNN.

The “man of gaffes” is committing the US to a war that the public does not understand and the US Congress did not vote for.

Unlike President Bush who spoke about the strategic importance of Iraq in 2002-03, no one in the Biden administration has said a word about Taiwan. Did I miss the speech to Congress? Or the Secretary of State before Congress committees? Or the Vice President on the Sunday shows like VP Cheney talking Iraq years ago?

What could go wrong? Stay tuned because a lot will when you say stuff like this on TV.