Wednesday’s video: Yes we need to restart the economy as soon as poss...

Wednesday’s video:
Yes we need to restart the economy as soon as possible......
click to listen:

Not surprisingly, President Trump paused immigration to the U.S.  It is actually a pause, not a permanent decision.
Nevertheless, the widely expected Democrat response came swiftly:   Trump Slammed For ‘Xenonophic Scapegoating’ After Proposing U.S. Immigration Ban.
And I’m sure that there are other headlines out there.
President Trump’s decision is not totally about Mexico but the situation south of the border is uncertain, to say the least.
Our family friend Therese Margolis is the editor of Pulse News Mexico, a digital newspaper.  This is a post from yesterday:

As of Saturday, April 18, more than 100 people had died from COVID-19 in the past 24 hours in Mexico, bringing the country’s death toll to 650, Public Health Undersecretary Hugo López-Gatell said.
With 622 new confirmed cases, the number of the total infected in the country had risen to nearly 7,500 on Saturday, Lopez-Gatell said, although many medical experts are warning that the incidence of the disease is grossly unreported in Mexico.
To better contain the spread of the disease, on Thursday, April 16, the Mexican government announced an extension of a nationwide lockdown until May 30.

Again, read the line “grossly unreported.”
My personal and business contacts are saying the same thing.  In other words, they don’t feel that we actually know the extent of the virus in Mexico.
A friend told me this on the phone a few hours:  “Somos Italia o Dakota del Norte?”  He is saying “Are we Italy or North Dakota”?
So President Trump’s instincts are right as they were when he banned flights from China in January.
Speaker Nancy Pelosi should call for an emergency vote and stop President Trump.  My good guess is that she won’t because a lot of Democrats understand the insanity of open borders in the middle of a pandemic.
Where is former VP Biden?  I have not heard.
P.S.  You can listen to my show (Canto Talk) and follow me on Twitter.
Posted by Silvio Canto, Jr. Post Link ---> 7:05 AM

As we wait for the 2020 baseball season to get going, let’s remember one great pennant race story from the past.
It was 1967 and 4 teams were in contention for the AL pennant entering the last weekend of the season.
They were Boston, Minnesota, Detroit and Chicago. We remind you that before divisional play was introduced in 1969, the World Series, or post season, was between the AL and NL champs.  In other words, no divisions or wild cards back then.
There were 7 Cubans playing in those 4 teams that weekend.
The Minnesota Twins had perennial All Star Tony Oliva, ex-MVP Zoilo Versalles, outfielder Sandy Valdespino and back-up catcher Hank Izquierdo.
Oliva led the AL with 34 doubles and hit .289 and Versalles played 160 games at shortstop.
The Boston Red Sox had a outfielder Jose Tartabull.  His son Danny hit 252 HR in the majors later.
The Detroit Tigers had a veteran pitcher Orlando Peña.
The Chicago White Sox had a young pitcher Aurelio Monteguado.
Back to the story and the amazing pennant race, as you can read in this article by Tim Wendel:

With two weeks left in the 1967 season, the Boston Red Sox, Detroit Tigers, and Minnesota Twins were tied for first place in the American League, with the Chicago White Sox a half-game back. ”

As Mr. Wendel explains, most experts had picked the Orioles to repeat as AL champs.    Unfortunately, the O’s had injuries and never got going.
Chicago was eliminated Friday night. Detroit was eliminated on Sunday.
It came down to game #162 between Boston and Minnesota.   The Red Sox won and they went on to the World Series. It was very exciting and I remember watching the last two games between Boston and Minnesota on TV.
PS: You can listen to my show (Canto Talk) and follow me on Twitter.
Posted by Silvio Canto, Jr. Post Link ---> 12:13 AM 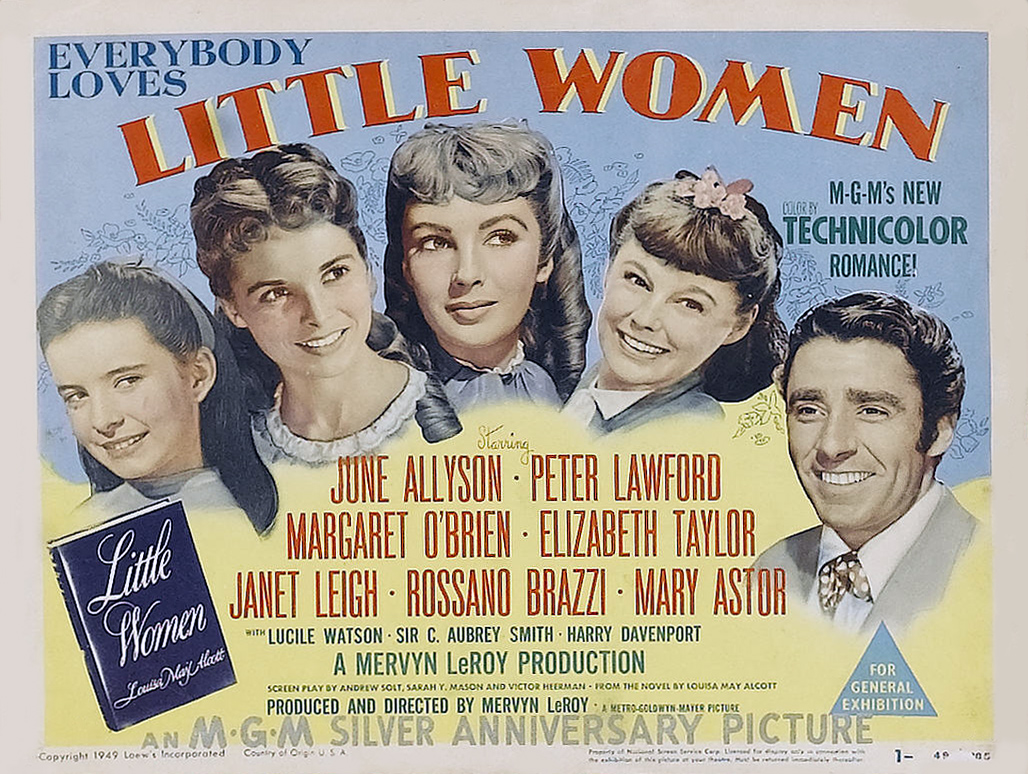 Yes, "Little women" is your quintessential "chick flick".    Nevertheless, it is a very good story.

It is often featured on TCM and very good.

Check out our podcasts