Guest: Bill Katz, the editor of Urgent Agenda...........we will look at the Flynn episode, from the guilty plea to Brian Ross of ABC News getting suspended.....where does the Mueller probe go from here?....the GOP passes the tax bill and now it goes to conference with the House.....no Democrat supported the tax bill........Evergreen State College and another day in our colleges......the Kate Steinle verdict and San Francisco......Alabama too close to call but probably trending Moore.........it's Matt Lauer this week and who is next.......and other stories...........

Can we finally stop calling them moderate Democrats? 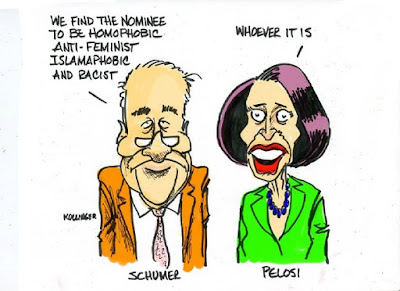 It was very late, or very early, depending on your time zone, but the tax bill passed the U.S. Senate.  The final tally was 51-49 with no last-minute surprises.
Unfortunately, it was a party-line vote.  Every Democrat voted no – another example that diversity in that party is a word and not much else.
So can we finally stop talking about all those Democrats who will work with President Trump because he carried their state by double digits?  Where in the world are those people?
What we saw in that vote was two things:
1. The Democrats stick together, no matter what they say back in West Virginia or Montana.  A Democrat in the U.S. Senate is a vote for Senator Schumer.
Are you listening, Alabama?  Judge Moore may have his many faults, but a Senator Jones from Alabama will be another Schumer disciple!
2. The red-state Democrats will have a lot of explaining to do, unless the GOP nominates a total loser and gives away Missouri, Indiana, et al.
As Kimberly Strassel pointed out, the Democrats missed an opportunity:

In short, there is very little to suggest Democrats benefit politically from sitting out this tax debate – beyond their saying so.
And they’ve certainly done themselves no favors from a policy perspective.

She is right.
To start with, how does Senator Manchin of West Virginia continue to go on Fox News and say he wants to work with President Trump?  He had a chance last night and passed it up.
How does Senator Tester of Montana spend his time talking about process?  He was given plenty of time to introduce amendments.  I saw Senator Sanders and Senator Brown put up a couple of amendments.  Why didn’t he?  Did Senator Tester bring up process when the Democrats were pushing Obamacare at the speed of sound back in 2009?  I missed that “Tester process speech” back then!
Where was Senator Heidi Heitkamp of North Dakota?  Is she planning to run for re-election on the grounds that she was loyal to Senator Schumer?
Time will tell, but several red-state Democrats made the wrong bet on the floor.
My guess is that this tax plan will be very well received by the stock market, and the U.S. economy will continue to grow.  Hard to see how these Democrats helped their political fortunes!
PS: You can listen to my show (Canto Talk) and follow me on Twitter.

President Trump has a point....people lost money in the stock market on Friday because Brian Ross got it wrong.

President Trump has a point....people lost money in the stock market on Friday because Brian Ross got it wrong...the media is Trump's best friend....some reporters hate Trump so much that they've lost their common sense....I hope that ABC News has their legal team ready........
— Silvio Canto, Jr. (@SCantojr) December 3, 2017