"Life after Trump" and more lock downs plus other stories

'Life after Trump’ a trailer 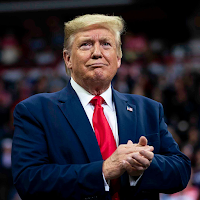 You may remember that wonderful series:  “Life after people.”  Well, what about “Life after Trump”?  It may be more interesting than watching bridges collapse or lions walking down Wall Street.

Let me be clear.  I hope that Sydney Powell and Lin Wood turn out to be right and that massive fraud will be apparent soon.  Furthermore, I hope that state legislatures get so many constituent phone calls that they won’t certify results.  Last, but not least, I hope that the 2020 election goes to the House and President Trump is reelected 27-23.

However, we may also see President Biden take the oath on January 20th.

So exactly what would a world without Trump as president look like?   Let me share a few ideas:

First, President Biden will struggle with the fact that half of the country thinks that he stole the election.   He will be in the weakest political situation since God only knows who.  Maybe a tie between President Hayes in 1877 or President John Quincy Adams in 1825.

Second, he will have to coexist with a GOP Senate and Hunter Biden will be investigated. Of course, there may be a few other surprises from AG WilliamBarr before he leaves town.  By the way, I am one of those who thinks that AG Barr will drop bombs soon.

Third, the House is practically 50-50 after the GOP made some amazing gains.  My guess is that Pelosi won’t be sitting before President Biden when he delivers his State of the Union Address.  Who will it be?  My money is on Majority Leader Steny Hoyer or Majority Whip James Clyburn.  Speaking of the House, I hope that every Democrat refuses to pay Charlie Cook’s invoices.  Talk about a poll blowing it.

Fourth, the GOP will have a lot to say about redrawing the congressional districts after the 2020 census.  Watch for a few veteran Democrat congressmen to retire when they check out what their new district looks like.

Fifth, Blue governments in New York, California, New Jersey, and Illinois will not see a lot of gifts in their Christmas tree.  In other words, a weak President Biden and the new Congress will not bail them out.  So Governor Andrew Cuomo will finally have to govern now that he can’t threaten to punch President Trump anymore.

Sixth, President Biden will try to govern by executive order but that just means that everything from DACA to travel bans will be back in the courts.

Last, but not least, what happens to the media?  How do they survive doing something other than talking about Trump?  We already hear that CNN may be sold.  My guess is that CNN survives, but you can forget the partisan coverage 24/7.  Is MSNBC going to show reruns of Trump rallies to justify its prime time lineup?  FOX will probably survive but they need an attitude adjustment over there.

So there it is:  “Life after Trump.” Wonder how many Democrats and media types are on their knees tonight praying that Sydney Powell is right?

2008: Remember when the players went before Congress?

What in the world were Jose Canseco, Roger Clemens and others doing in front of a House Committee years ago?  Nobody knows. What a total and complete waste of time.

Rep Waxman now agrees that it was a waste of time! (Waxman Regrets Hearing Was Held)

I agree that steroids is a problem.  However, it's up to the owners and the union to figure it out.    And they have in subsequent agreements.
P.S.  You can listen to my show (Canto Talk) and follow me on Twitter.  If you like our posts, drop a dime here.

We remember Dwight Gooden, who was born on this day in 1964 in Tampa, Florida.

Gooden had many off the field issues.   Who knows how great he could have been?
P.S.  You can listen to my show (Canto Talk) and follow me on Twitter.  If you like our posts, drop a dime here.