A chat with Leslie Eastman and Michael Sullivan, author

No need for basics in Oregon 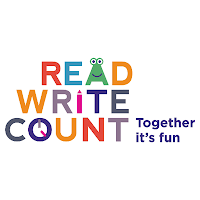 No wonder so many people in Oregon want to break away.  From Portland's nightly Antifa show to 24/7 woke, the once beautiful Pacific coast state is out of control.  It's a disgrace, as we see in this post from Jonathan Turley:

Many of us have long objected to the chronic failure of public schools in major cities like New York, Detroit, Washington, D.C. and Baltimore to achieve bare proficiency for many students in reading, writing, and math.

The response in many districts is for some to declare standardized testing or meritocracy as racist while other district eliminate special programs or schools for gifted students.

The governor has pleased the wokes, who see racism in math problems.  At the same time, she condemned youngsters to fail in a world where the basics are essential to survive, from reading a job ad to filling out an application to balancing a checkbook.

So what's the point of public education if there are no standards?  As I understand it, the reason that we have public education is so that everyone has access to those basics, such as reading, writing and math.

We built this amazing public school system that graduated millions over the years.  They got their diploma and it was a piece of paper that assured society that they could move on to college and get a job.

So what  are these youngsters going to do now?  Who is going to hire someone who can't read, write, or add?  I guess that there are jobs like that but they are not usually associated with high wages or better opportunities.

Back to Professor Turley:

With states like Oregon now eliminating the need to establish proficiency on basic subjects with standardized tests, American education faces the perfect storm.

Despite record expenditures on public schools, we are still failing students, particularly minority students, in teaching the basis subjects needed to succeed in life.

Yes, this is going to be a perfect storm but not a good one at all.   At some point, the people in Oregon need to stop paying taxes and make their statement.