Attacks on police plus Biden vs Trump in Florida & fires in California 09/14 by Silvio Canto Jr | Politics:

Monday’s video: We pray for 2 police officers in LA 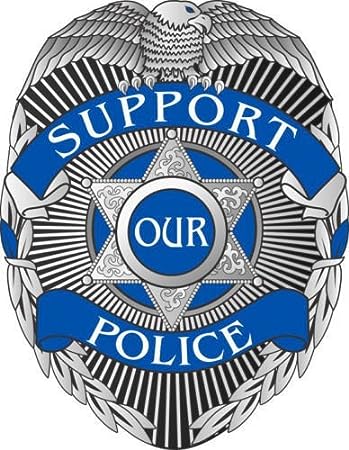 Monday’s video:
We pray for 2 police officers in LA
Click to watch: pic.twitter.com/NiKniF2lmJ

California is burning away

It’s sad to see but California may be burning itself out of existence.  It’s hard to see how these cities can recover at a time that public budgets are deeply in the red and taxpayers are fleeing.
This is from Chron:

California has become a warming, burning, epidemic-challenged and expensive state, with many who live in sophisticated cities, idyllic oceanfront towns and windblown mountain communities thinking hard about the viability of a place many have called home forever.
For the first time in a decade, more people left California last year for other states than arrived.

A couple of days ago, I met a young man visiting Texas from California.  We spoke for about an hour and it was like reading the front-page news.
He is self employed and lives with his mom in the San Jose area.   He loves the lifestyle but is constantly wondering if he can afford to live there much longer.  Then he added that the streets are unsafe and is concerned to leave mom at home by herself.
I understand that he is just one of 40 million who live there.  Nevertheless, California has reached a breaking point, as the article points out:

It is an economy, the world’s fifth largest, that is built by government policy and private enterprise to favor the skilled in Silicon Valley, Hollywood and the wealthy everywhere else. The rest of California is increasingly a service economy that pays a far larger share of its income in taxes and on housing and food.
Median income in the state is $75,277. The median home price in San Francisco is $1.3 million, nearly twice that of Los Angeles. The state government is doing next to nothing to close the gap.

Doing nothing?  What can they do?  Taxes are already sky high.  Regulations are killing businesses.  And now the wildfires confirm that the state legislature has been listening to too many environmentalists.
Let’s hope that it turns around but I wouldn’t bet on it.
P.S.  You can listen to my show (Canto Talk) and follow me on Twitter.
Posted by Silvio Canto, Jr. Post Link ---> 7:14 AM

We remember Israel “Cachao” Lopez.  He was born on this day in Havana, Cuba in 1918.      For decades, he was in the middle of Cuban music.
In recent years, Cachao had a huge comeback.  Thanks to Andy Garcia, he was introduced to my generation, the kids who left Cuba and grew up in the US.  We did not realize how important Cachao had been to the music that we love so much. He was a big part of Cuban music, along with Ernesto Lecuona, the magic of Beny More, Trio Matamoros and Celia Cruz.
Cachao died in March 2008. Thankfully, we have lots of CD’s to remember his wonderful rhythms and arrangements.
PS: You can listen to my show (Canto Talk) and follow me on Twitter.    If you like our posts, drop a dime here.
Posted by Silvio Canto, Jr. Post Link ---> 12:06 AM

On this day in 1976, Dennis Martinez won his first major league game.  He pitched 5.2 innings of relief as the O's beat Detroit 9-7.

Martinez went on to win 245 and was the first major league player from Nicaragua.  Dennis also pitched a perfect game in 1991 as an Expo.