Trump and the Cuba policy plus other stories of the week 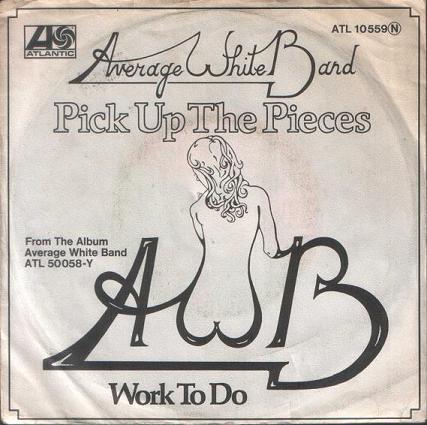 It seems like only yesterday that we admired the Datsun 280-Z and we bought some great LPs.   And we remember how great they sounded in that 8-track tape player in the car radio.

1975 was the first year of the disco era.  It was a great summer for music too!

We spent a lot of time that summer listening to "Pick up the pieces" by The Average White Band, one of the greatest instrumentals ever:

President Trump has every right to be furious about this investigation

President Trump has every right to scream very loud about this investigation. I have never seen anything like this since Patrick Fitzgerald went all over the Milky Way looking for someone to indict about anything.
As for Mr. Comey, it looks for sure had been leaking for months to promote himself at Mr. Trump’s expense.
So — exactly what are we investigating again?
First, there is no evidence of any collusion with Russia. Frankly, the idea that Russia impacted our vote is so absurd that it makes me angry that anyone is even peddling the idea. By the way, I am not taking Russia or Putin off the hook. They are, and have been adversaries for a long time. They probably have tried to destabilized our system many times. However, I am not blaming Putin for getting millions of Obama’s 2012 voters to switch to Trump in 2016.
Second, the appointment of an independent counsel seemed like a good idea a couple of weeks ago. Unfortunately, leaks and the hiring of Clintonitas is troubling. Couldn’t Mr. Mueller find attorneys in the U.S. who did not donate to the Democrat Party?
Third, all of this stuff about “obstruction of justice” is crazy.
I  like what James Freeman wrote in the Wall Street Journal:

As for the idea that Mr. Trump might have obstructed justice, Andy McCarthy and Alan Dershowitz and Michael McConnell have separately explained why this is a big stretch, and Richard Epstein makes the case that if anyone in this drama is vulnerable to a possible obstruction charge, it’s Mr. Comey.
But whatever one believes about the President, the Post reports make Mr. Mueller’s team look like political hacks focused on providing inappropriate leaks from an investigation just barely in progress, rather than professionals who are putting aside their politics to do a public service.
This is assuming the Post reports are accurate.

Mr. Mueller has a big challenge. He will have to write a report that a divided nation will accept. So far, he is off to a bad start.
P.S. You can listen to my show (Canto Talk), (YouTube) and follow me on Twitter.
Tags: Investigation what?  To share or post to your site, click on "Post Link". Please mention / link to the My View by Silvio Canto, Jr. Thanks!
Posted by Silvio Canto, Jr. Post Link ---> 7:30 AM