Che plus 50, Columbus Day and a few other thoughts

Memories of Rangers 2010 and the passing of Tom Vandergriff

We are looking back at October 2010, or the month that the Rangers won their first post-season series.

A couple of months after watching the Rangers play in the 2010 World Series, Tom Vandergriff died.

How do you explain his contributions to our area?  Let's try this:


"Vandergriff was mayor of Arlington from 1951-77 and a former United States Congressman and Tarrant County judge whose major achievements include persuading General Motors to build an assembly plant in Arlington and bringing the Six Flags over Texas amusement park to what was once a small town located midway between Dallas and Fort Worth.

But his crowning achievement and most lasting legacy came in October of 1971, when he convinced Washington Senators owner Bob Short to move his franchise to Texas.

The Rangers began play in Arlington Stadium in 1972, and Vandergriff threw out the ceremonial first pitch at the home opener." (MLB)


Best of all, he got to watch his beloved Rangers play in a World Series a couple of months before his death.

We repeat it:  He was a wonderful citizen and did a lot for our community!

Great day for “The Little Sisters of the Poor” & religious freedom 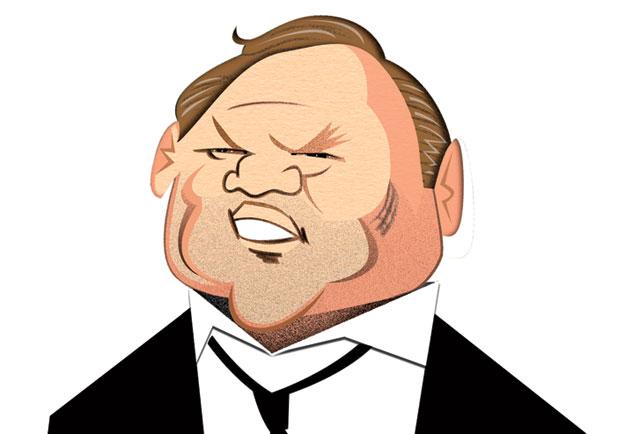 Back in 1982, the Milwaukee Brewers won the A.L. pennant and lost a tough seven-game series to St. Louis.  The Brewers were known for home runs and scoring lots of runs.  They were popularly known as “Harvey’s Wallbangers,” after a popular mixed drink of the time.
This week, we learned about another Harvey doing a lot of scoring.  He also allegedly “Paid Off Sexual Harassment Cases for Years,” according to the New York Times.  By the way, aren’t these the same Hollywood characters who brought down Bill O’Reilly for probably doing a lot less?
We are talking about the story of Harvey Weinstein, or the same guy who donated to Mr. and Mrs. Clinton’s campaigns, Democrats, and President Obama.
This is from Chris Cillizza:

The initial response from Democratic politicians is to distance themselves from Weinstein by returning donations from him.
In the wake of Thursday’s story, Sens. Patrick Leahy of Vermont, Richard Blumenthal of Connecticut, Martin Heinrich of New Mexico and Elizabeth Warren of Massachusetts all signaled they will be sending back Weinstein’s money or directing it to a charitable cause.
You can expect lots and lots more Democratic politicians and organizations – Weinstein gave heavily to the Democratic National Committee, among others – to follow the lead of that quartet of senators.
And it’s hard to see how Obama and the Clintons – Weinstein is a long time pal of Bill and Hillary – can avoid putting out statements condemning him for his behavior.
That’s especially true since Weinstein isn’t really denying the Times story; he’s threatening a lawsuit simply saying the news organization didn’t give him enough time to respond.

Of course, returning the money is a place to start.  It buys you a little time to get around to the hypocrisy of all of this.  By the way, are the Clintons in a position to return the money?  Have they not been downsizing a bit lately ever since the Clinton Foundation was essentially put out of business hours after Hillary lost the election to Mr. Trump?  Let’s hope the Clintons had a rainy day fund just in case the polls were wrong!
Harvey’s story is overflowing with hypocrisy.  It appears from news reports that everybody knew that Harvey was a predator with a special taste for young women.  And everybody was apparently scared of his temper!  We read that young aspiring women feared that saying, “I can’t do it Harv” would derail their careers.  We have not seen so much sexual harassment since they invented the term!
Again, everybody apparently knew about Harvey’s ways, especially the Obamas and Clintons, who took lots of his money.
It’s an amazing story that confirms once again that a liberal man can get away with anything as long as he supports Roe v. Wade or stands on what they call the right side of history when it comes to the definition of marriage.
We believe that Ed Ames would say, “My cup runneth over with…hypocrisy”!
PS: You can listen to my show (Canto Talk) and follow me on Twitter.
Tags: Harvey and the Democrats  To share or post to your site, click on "Post Link". Please mention / link to the My View by Silvio Canto, Jr. Thanks!
Posted by Silvio Canto, Jr. Post Link ---> 7:00 AM