Thursday: Playing politics with fallen soldiers and another bad poll for the media

Playing politics with fallen soldiers and another bad poll for the media: https://t.co/ZbjtwXJEJh via @YouTube
— Silvio Canto, Jr. (@SCantojr) October 19, 2017

A chat with Richard Baehr about the Iran nuclear deal two years later....

A post from 2005: Vicente Fox has lost control of the border 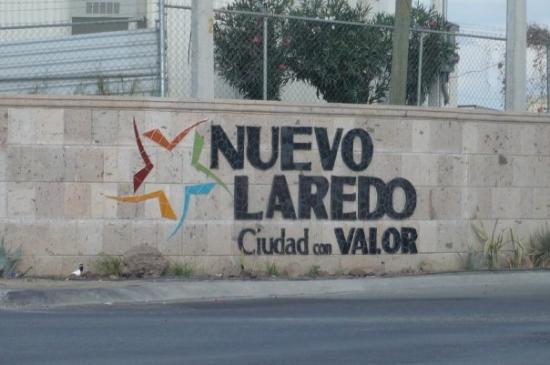 It was very sad story from June 2005. How many more stories like this will we read?

Question: Where was Mr. Dominguez' security escort? How does a gang of killers get this close to a police chief in a large town?

The answer is that Pres. Vicente Fox has lost control of the border. It is run by drug dealers and their armed gangs.

It's time for Pres. Fox to use the Mexican military to meet these thugs head on. Otherwise, the north of Mexico will continue to deteriorate with serious economic consequences to all concerned.

Another episode of Obama’s disregard for the law

The ObamaCare subsidies worked out nicely for the Democrats. On one hand, they got to bash Wall Street and the insurance companies. On the other hand, they got to tell people that ObamaCare would take care of their illnesses.
It was great, but illegal.
The “subsidies” were never part of ObamaCare. My guess is that most liberals wanted no part of a vote that gave billions of dollars to the insurance industry.
Enter President Obama’s pen and another excursion around the U.S. Constitution.
And now enter President Trump, and the issue will finally be settled by Congress.
It was a victory for the Constitution, as the Las Vegas Review Journal:

Recall that the Obama administration originally asked Congress to appropriate the funds as part of the Affordable Care Act. But no legislation ever made it through the House and Senate. In response, President Barack Obama’s Department of Health and Human Services unilaterally began disbursing the payouts anyway. You remember that “pen and phone” thing.
House Republicans sued, arguing that the executive branch may not dole out money without congressional approval. In 2016, a federal judge issued a 38-page opinion ruling that the Mr. Obama had exceeded his constitutional authority and illegally funded the subsidies. Shocker.
“Congress is the only source for such an appropriation and no public money can be spent without one,” wrote U.S. District Court Judge Rosemary Collyer. The case is currently under appeal.
To summarize: The Obama administration went around Congress and the Constitution to impose its health care plan; in contrast, President Donald Trump has decided to follow the law.

And that’s the story.
Sadly, the self-described “constitutional professor” must have taught a different constitution than the one that he took an oath to defend.
After all, where does it say that the president can go around the Congress that refuses to authorize the payments?
The Constitution doesn’t and someone needs to tell the constitutional professor that!
P.S. You can listen to my show (Canto Talk) and follow me on Twitter.
Tags: Subsidies for insurance companies under Obama Care To share or post to your site, click on "Post Link". Please mention / link to the My View by Silvio Canto, Jr. Thanks!
Posted by Silvio Canto, Jr. Post Link ---> 6:30 AM

The US is out in "futbol"

Like some of you, I was surprised to hear that Team USA did not qualify for the 2018 World Cup in Russia.    There is no pretty way to explain this horrible loss to Trinidad.

What happens now?   My guess is that some coaches will be fired.   However, is that really the best answer?

Once upon a time, I used to love reading David Brooks.

After the 2004 election, he wrote "The New Red Diaper Babies".


It is a fascinating look at how the red states are having babies and the blue states are not:    You can see surprising political correlations.
As Steve Sailer pointed out in The American Conservative, George Bush carried the 19 states with the highest white fertility rates, and 25 of the top 26. John Kerry won the 16 states with the lowest rates.
In The New Republic Online, Joel Kotkin and William Frey observe, "Democrats swept the largely childless cities -- true blue locales like San Francisco, Portland, Seattle, Boston and Manhattan have the lowest percentages of children in the nation -- but generally had poor showings in those places where families are settling down, notably the Sun Belt cities, exurbs and outer suburbs of older metropolitan areas."

Sooner or later, voters get old and die. They are replaced by new voters.

I can not guarantee that "red state babies" will grow up to be Republicans.

However, I can guarantee that there will be more young people growing up in places like Texas than New Jersey.

What does it all mean politically?   Let's wait and see.   However, I'd rather be on the side that has more babies!

Here is a recent book by David Brooks:

July 2017: A chat with Alex Lyda about the situation in Cuba