Democrats in disarray over Biden agenda & debt ceiling plus the border

Wednesday’s video: The left is killing the Democrats

Wednesday’s video:
The left is killing the Democrats
Click to watch:
P.S.  You can listen to my show (Canto Talk).  If you like our posts, click send, and drop a dime here.
Posted by Silvio Canto, Jr. Post Link ---> 10:30 AM

The disbarred back in the courtroom 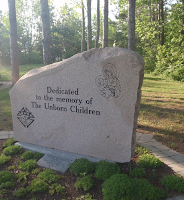 It's been a fun year down here in the Lone Star State.  We lost electricity in February, the opposition refused to participate in the legislative session over an election law, the Rangers will lose 100 games and now everybody is getting their rhetoric ready for the battle over redistricting.

Then, of course, there is the heartbeat law.  It appears that a couple of lawsuits are coming.  This is from the Texas Tribune:

Dr. Alan Braid, a San Antonio OB/GYN, admitted in a Washington Post column published Saturday that he performed an abortion prohibited by the law earlier this month, motivated by “a duty of care.” He said although there “could be legal consequences,” he “wanted to make sure that Texas didn’t get away with its bid to prevent this blatantly unconstitutional law from being tested.” No other lawsuits have been publicly announced, although because one could appear in a court anywhere in the state, it is unclear if others could have already been filed.

At least two lawsuits have been filed against Braid, both by disbarred attorneys.

One was filed by Illinois resident Felipe N. Gomez, who identified himself as a "Pro Choice Plaintiff" and aligns himself with Braid in the lawsuit, KSAT reported. Gomez does not ask for monetary damages in the suit, but asks "the Court to declare that the Act is Unconstitutional, and in violation of Roe v Wade," according to the TV station.

The plaintiff for the other lawsuit filed Monday is Oscar Stilley, according to a copy of the lawsuit he posted online. Bexar County court records show that he and Gomez filed lawsuits against Braid on Monday, but county officials did not make copies of the suits available online. The Bexar County District Clerk’s office did not respond to a phone call.

The law allows anyone in the country to sue people who “aid and abet” someone getting an abortion once fetal cardiac activity is detected -- which can occur as early as six weeks. The person suing would get a minimum of $10,000 if they won the case, but even if it were thrown out, the law prevents defendants from recouping their attorney fees from the person who filed the suit -- minimizing risk to the plaintiff.

“I understand that by providing an abortion beyond the new legal limit, I am taking a personal risk, but it’s something I believe in strongly,” Braid wrote in The Post column. “I have daughters, granddaughters and nieces. I believe abortion is an essential part of health care ... I can’t just sit back and watch us return to 1972.”

In the copy of the suit he posted, Stilley described himself as a “disbarred and disgraced former Arkansas lawyer.” Stilley, who was convicted of tax fraud in 2010, is suing Braid for $100,000.

You can't make this up, as someone said.

Dr. Braid defends abortion because he has daughters, granddaughters and nieces.   I'm glad that the good doctor is a family man.  We can all thank God that those Braid girls or women were not aborted.  Otherwise, they wouldn't be around to witness Dr. Braid's actions.

Who knows where this goes?   I am confident that there are five, maybe six with Justice John Roberts, who believe that states can regulate abortion through their legislatures.  At the same time, the Texas law maybe the appetizer for the Mississippi opinion coming up next year.

We will see.  In the meantime, we are about to get into another war over redistricting.  Perhaps a couple of legislators will go to Portugal and get married over there rather than vote for the final map.