A chat with Don Surber about the 2016 campaign

Guest: Don Surber, author of 'Trump the press' and popular blogger, joins me for a discussion of the Trump candidacy and eventual election to the presidency.......Don was one of the first to predict that Trump would win in 2016..........the Trump transition and selections to the Cabinet........ 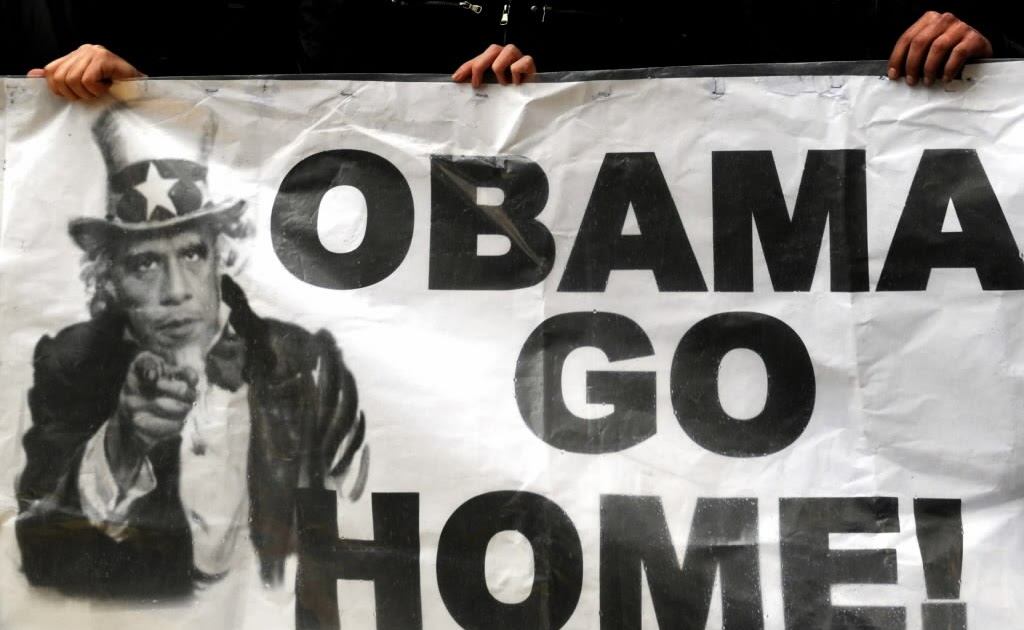 President Obama was in Greece and Peru a few days ago.   He did not get a friendly welcome from the street according to news reports:

In Lima, Peru for the APEC summit, hundreds of angry protesters greeted his arrival, demonstrating against him and TPP in the city's financial district. Clashes with police erupted.

I guess that the Cairo speech, "hope and change" and "si se puede" did nothing for these demonstrations.   They hate us just as much as they did when a pro-life cowboy from Texas was traveling on Air Force One.

To be fair to President Obama, these marches have been around for a long time, from VP Nixon in Caracas 1958 to President Reagan accused of starting a war by nuclear freeze nuts in 1983 to President Bush hailed as Hitler in 2003.

So what's new?   Well, it was not supposed to happen with Mr. Obama.  We never had a president who ran to be popular and loved around the world.    It would have been better if he worked to be respected rather than loved!