PM Johnson plus impeachment and other stories of the day

PM Johnson plus impeachment and other stories of the day 12/16 by Silvio Canto Jr | Politics:

Monday’s video: Nothing but a hyper partisan impeachment!

Monday’s video:
Nothing but a hyper partisan impeachment!
Click to watch:

Andrew Malcolm: the latest to get out 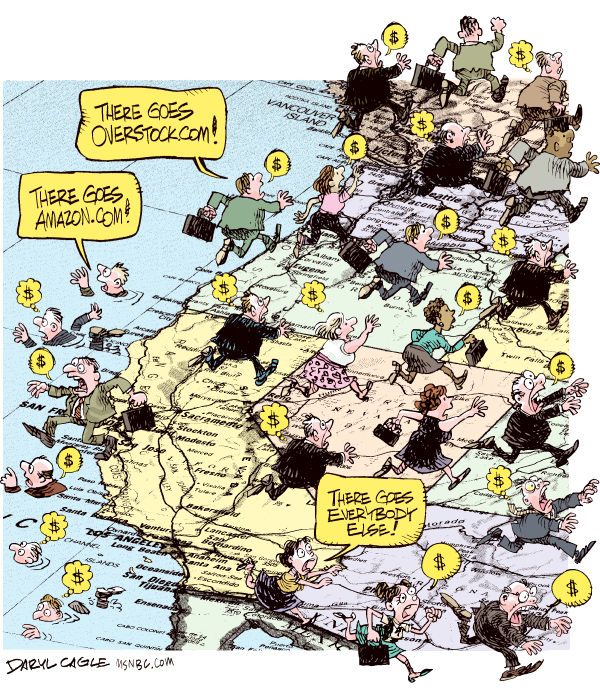 Last week, I was talking to a fellow who moved here from California.  I asked why he left — better job”  Better lifestyle?
His answer was something of what we just heard from Andrew Malcolm.  Andrew is out and out for good, as he wrote:

We’ll miss the restaurant variety and some of the cultural events of urban California.
But not the traffic trying to get there, the traffic trying to enter an affordable garage, not the lines of 5,000 others who wanted to be entertained, not the same people trying to leave later, nor the wait to exit the garage and the even longer wait while parked on the freeway. And we only spent $400 for the single evening’s experience.
California is indeed a special place. I’ve lived here by choice twice, nearly a quarter-century in total. The longest I’ve lived anywhere in 16 moves.
I have no regrets about living here. And I don’t regret leaving here. As the neighbor said, “California’s not the same anymore.”

Malcolm won’t miss local taxes either:   61 cents in gas taxes compared to 20 cents for Texas.
Will we see any changes in California’s politics?   Not in the short run.  However, California will eventually run out of taxpayers and that may be what breaks the camel’s back.
PS: You can listen to my show (Canto Talk) and follow me on Twitter.
Posted by Silvio Canto, Jr. Post Link ---> 6:32 AM