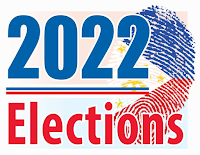 Monday’s video
No more talking about Trump
Click to watch
P.S.  You can listen to my show (Canto Talk).  If you like our posts, click send drop a dime here.
Posted by Silvio Canto, Jr. Post Link ---> 2:00 PM

The latest episode of 'Everybody Hates Kamala'

Between gasoline prices and VP Kamala Harris' polling problems, don't be surprised if the press secretary announces next week that the DoJ is going to investigate the 2020 election results to see if President Trump should be returned to the Oval Office.  Yes, it's been that kind of a year for President Biden.  I get the impression that he can't wait to go back to Delaware for real.

The latest from the "Everybody hates Kamala" show is that the VP's staff is jumping ship.  It started a couple of weeks ago and now the Washington Post has developed the story further:

“One of the things we’ve said in our little text groups among each other is what is the common denominator through all this and it’s her,” said Gil Duran, a former Democratic strategist and aide to Harris who quit after five months working for her in 2013. In a recent column, he said she’s repeating “the same old destructive patterns.”

“Who are the next talented people you’re going to bring in and burn through and then have (them) pretend they’re retiring for positive reasons”. . .

It sounds to me like we have a people management problem here.   It reminds me of a few people that I've worked for in my life.  I had one boss who worked you to death, but you loved to be on his team.  Why?  Because you knew that the guy would take care of you and support you all the way home.  On the other hand, we've all had a boss who worked you to death and you couldn't wait to submit your two-week notice.  Why?  Because it was all about him and you were just a pawn along the way.

I get the feeling that VP Harris' managerial style reminds me of that office where everyone was talking to a recruiter during the coffee break.

Of course, it did not take long for some to see racism and sexism in the story.  What else did you expect?  Back to the article:

Has [Harris] called bulls—? Yes. And does that make people uncomfortable sometimes? Yes. But if she were a man with her management style, she would have a TV show called ‘The Apprentice.’

Yes, maybe she would have had a show.   Trump had that show because he was seen as a successful businessman who fixed problems and tackled challenges.

At the same time, I don't think that her low approval rating has anything to do with racism and sexism.   I get the feeling that many Americans are seeing this woman as more interested in being president than working on issues such as the border.

Would she have these approval ratings if she had handled the border issue seriously?  I don't think so.

Maybe Harris would have benefitted from being on "The Apprentice."   Maybe she would have learned a thing or to about tackling issues and leadership.

In the meantime, everybody hates Kamala and hopes that Joe makes it to noon on January 20, 2025.

We say happy birthday to one of my favorite players.

Bowa was one of the key players in the Phillies who won 3 NL East titles and the 1980 World Series.   He finished his career with the Cubs and played in the 1984 NLCS.

We remember him as a great shortstop and a hard nosed player, or the kind of guy that you wanted on your side.
P.S.  You can listen to my show.  If you like our posts, please look for ”Donate” on the right column of the blog page.
Posted by Silvio Canto, Jr. Post Link ---> 12:02 AM