Friday's show: North Korea talks, a good jobs report and other stories of the day

We will look at the Trump-North Korea upcoming meeting.......AG Sessions and California.....a second independent counsel........a good jobs report for Hispanics and blacks...........
Plus other stories....

Cuba out of cash again 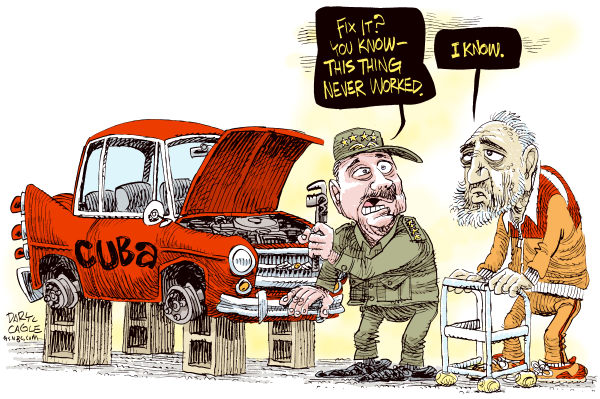 It’s same old song, as the Four Tops used to sing.
We can say two things about Cuba: no cash and can’t pay debts!
This is the latest from the socialist paradise where crickets went wild on U.S. diplomats:

Cuba has imposed new restrictions on imports by state-run companies, ordering them to obtain a letter of credit from the central bank for purchases above the equivalent of $100,000, as the Communist-run island struggles with a shortage of cash and mounting commercial debt.
Central bank resolution 19/2018, which took effect this month, states that the measure is aimed at ensuring companies have the resources to meet their foreign obligations and to prevent that “the foreign debt continues growing.”
Cuba’s government frequently regulates demand for imports using access to credit and foreign currency, and other mechanisms.
A western banker with extensive experience of working with Cuba said the measure would lead to a short-term plunge in imports and to slower contracting of supplies.

The main problem, as we said when President Obama opened the U.S. embassy in Havana, is that Cuba does not have a real economy.
It started early in the days of the Castro regime: from the Missile Crisis to the collapse of the USSR, Cuba was literally subsidized from the communist bloc.  Cuba paid for that subsidy by sending troops to Africa and promoting trouble in Central America.  I recall a French banker in Mexico City telling me over lunch that the USSR embassy in London would literally cover the overdrafts created by the Cuban government.  Hard to believe but true!
In the mid-1990s, Cuba borrowed billions from European countries trying to make a statement against the U.S. embargo.  Cuba could not pay them back!
In the days of Hugo Chávez, Venezuela’s strongman provided Havana with cheap energy and support.  Today, Venezuela is broke, the banks have rescheduled their debts, and most countries sell to Cuba on a cash basis.  I’ve spoken with several Mexican businessmen who sell to Cuba, but on a 90-day cash basis!
The solution to all of these problems is regime change or to put Cuba on a path to a free-trade economy.  Unfortunately, the Cuban people will have to literally bury Raúl next to Fidel before that happens.
PS: You can listen to my show (Canto Talk) and follow me on Twitter.
Posted by Silvio Canto, Jr. Post Link ---> 10:30 PM

Did Woodward just figure this out? 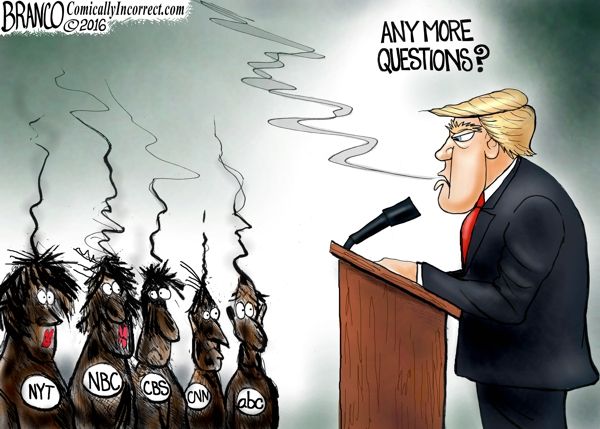 Did Woodward just figure this out?  "Some Reporters Are Becoming ‘Emotionally Unhinged’ Covering Trump".............where has Woodward been for the last year?   All you have to do is watch CNN or MSNBC and its Trump Derangement Syndrome 24/7.

The 2006 Detroit Tigers were a great baseball story! 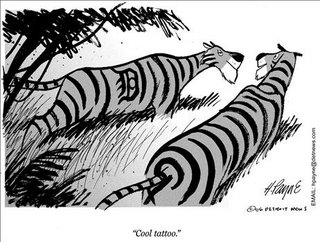 In 2006, they won the AL pennant and played in the World Series. That was a great story.

It reminded baseball histories of another team story:   The Mets lost 120 in '62 and won the Series in '69.

It does not happen often but it's fun whenever it does:

It may be time for a second special counsel

Another independent counsel? If true this is one of the biggest scandals ever. It's time to clean up this FISA mess: "House Republicans expand dossier probe, seek info from Obama officials".
— Silvio Canto, Jr. (@SCantojr) March 10, 2018

We were very happy to see a good jobs report, specially for black and Hispanic unemployment.    According to news reports:


"At 4.9 percent in February, Hispanic unemployment is just a tenth of a percentage point above the historic low."

Remember the Zogby poll that showed Hispanic support for Trump at 39%.

We remind you that this is one poll and we need to see a trend.   Nevertheless, this is a good number and remember that Hispanics do more than just talk about immigration.