Saturday's show: Lopez-Obrador speaks, the Democrats & immigration plus other stories

Saturday's show:  Lopez-Obrador speaks, the Democrats & immigration plus other stories:

Saturday's video: What did Lopez-Obrador say about "migrants"?

Saturday's video:   What did Lopez-Obrador say about "migrants"?

What did López-Obrador say?.....Lopez-Obrador made some remarks about “migrants” going to the US. The statement was not very helpful....my guess is that serious Mexicans understand that.......click to watch...... https://t.co/3FMCHkSevL via @YouTube
— Silvio Canto, Jr. (@SCantojr) June 23, 2018

Maybe CNN wants its ratings back

Over the last few months, we’ve seen CNN collapse in the ratings and the rankings among viewers.
Just a few days ago, Heather Wilhelm spoke for many of us who used to watch CNN and now can’t take it seriously anymore:

I’m old enough to remember when CNN was taken more seriously, back in the day when the booming voice of James Earl Jones grandly announced “THIS … IS CNN.”
Today, however, when it comes to the ratings, the supposedly middle-of-the-road CNN wildly trails its openly ideological rivals Fox News and MSNBC.
It almost brings to mind the advice found in the Book of Revelation: “Would that you were either cold or hot! So, because you are lukewarm, and neither hot nor cold, I will spit you out of my mouth.”

I don’t know about the spitting part but lots of people are flipping channels or reading a book at the airport.
That’s why I found this interview so interesting.
Someone over at CNN has finally decided to challenge a Democrat: “CNN To Dem Senator: Did You Object When Obama Kept Unaccompanied Illegal Kids In Cages?“
It was a good and honest question. There was not a lot of noise or concern when we saw those photos from 2014-15.  No one was crying or shouting when it happened under Obama!
Maybe the question was just a fluke. Or maybe someone at CNN has gotten a memo from one of the “bean counters” about the ratings. The memo might read something like this:  Hey, act like a journalist and we may get our ratings back. Otherwise, we may all find ourselves sending FOX our résumés!
Yes, I watch FOX but I wouldn’t mind if CNN would give me a good reason to check them out. The 24/7 anti-Trump attacks are not working!
P.S. You can listen to my show (Canto Talk) and follow me on Twitter
Posted by Silvio Canto, Jr. Post Link ---> 10:30 PM

A great win by Germany 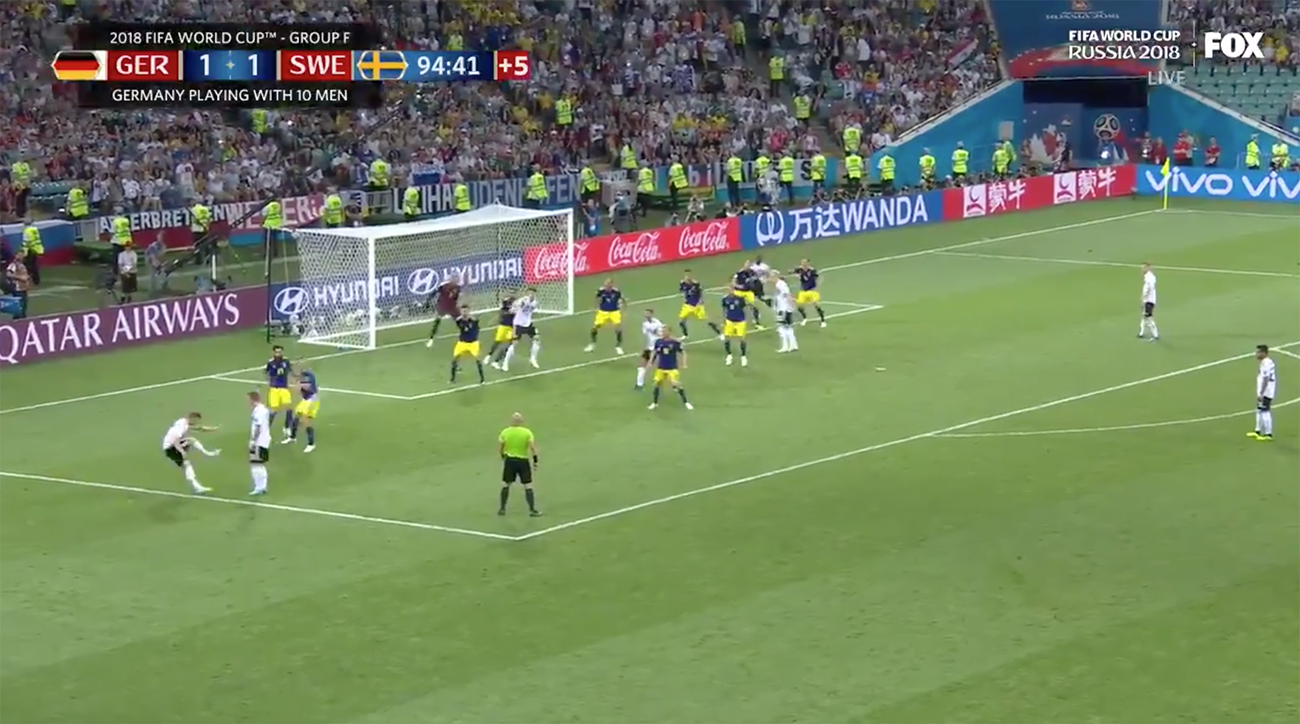 It was quite a finish:   "Toni Kroos' late stunner puts Germany back in last-16 contention after beating Sweden".

So what happens next?   Let's say that Germany beats South Korea and Sweden beats Mexico.     What 2 teams advance?

Of course, it'd be easy if Mexico and Germany win thus eliminating Sweden and South Korea.