Mercedes, the young girl who inspired a car name.

"The U.S. will contribute weapons, aircraft and forces, including commandos, for NATO's rapid reaction force, Defense Secretary Ash Carter said Monday, to help Europe defend against security threats, including Russia from the east and violent extremists from the south.Under the plan, the U.S. will contribute intelligence and surveillance capabilities, special operations forces, logistics, transport aircraft, and a range of weapons support that could include bombers, fighters and ship-based missiles. It would not provide a large ground force.Carter announced the new details about the U.S. contribution after meeting with defense ministers from Germany, Norway and the Netherlands. Those countries had agreed to provide the initial troops for the so-called very high readiness task force, which was announced last year at the NATO summit in Wales. The U.S. had pledged to support the task force, but NATO has been waiting to hear specifically what America was willing to provide."

Glad that Secretary Carter has seen the light.    We are finally projecting a little US power and remind our allies that we will be there.
The "reset" was one of the silliest moments of the early days of the Obama administration.  It happened when then Secretary Clinton met with the Russian foreign secretary.
The "reset" had more problems than " translation".     It was a bad idea, as the Washington Post wrote in 2014:

It's been over five years since the United States and Russia vowed to "reset" their relationship. In that time, the two countries have had to grapple with disagreements over Syria, Iran and Libya, as well as Russia's welcome to U.S. whistleblower Edward Snowden and the U.S. condemnation of a Russian-supported referendum in Crimea.On Monday, the United States imposed sanctions on some of the highest ranking officials in the Russian government. Let's just say it: The reset is dead.

How do you say dead in the water in Russian?
Let's hope that one of those reporters obsessed with the Confederate Flag will ask Hillary Clinton about the reset 5 years later.  Without question, the Russia policy is one of the biggest failures of the Obama foreign policy.   And Hillary Clinton owns it, reset button and all.
P. S. You can listen to my show (Canto Talk) and follow me on Twitter. 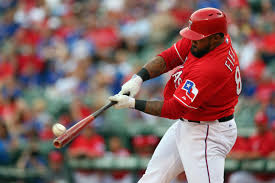