Did Nick Sandmann open the door?

About a year ago, Nick Sandmann was a young man on a trip to the nation’s capital — and then we know the rest of the story.  He was trashed in the media and turned into some devil harassing a native American bystander.  To be short, a lot of crazy things were said about this young man.  As the father of three young men, I was furious.
Well, it appears that Nick and company may have the last laugh, as we see in this report:

Sandmann beat CNN (the other suits are pending), which settled and paid rather than risk a trial. Assuming credibility and self-respect are worth about zero, we now know that the price tag for the agenda journalism CNN practices is reportedly $25 million. That amount is probably half of what the network spends on botox for Anderson Cooper, but as Cooper’s aestheticians are prone to say, it’s a start.
With a win in Sandmann’s pocket and as his cases against the other media outlets work their way through the courts, others also appear ready to challenge agenda journalism via the defamation laws.
Ten more Covington students are now suing various media.
Elsewhere, writer Peter Brimelow is suing the New York Times for labeling him an “open white nationalist.”
Karen McDougal, a former Playboy model who said she had an affair with Donald Trump, filed suit against Fox a month ago, claiming defamation.
George Zimmerman, who killed Trayvon Martin, filed a defamation suit against HarperCollins, the Martin family lawyer’s publisher.
Trump critic and Harvard prof Lawrence Lessig is suing the New York Times, accusing them of publishing “false and defamatory” information about him.
Representative Devin Nunes sued CNN last month, claiming the network defamed him with false reports that he traveled to Vienna to meet with the Ukrainian prosecutor Joe Biden helped oust in 2016.

My guess is that most of these suits will fail or settled out of court.  However, it would be interesting to see a jury decide one of these cases, especially when the media defames innocent people, such as teenagers on a school trip, to score political points.
How to cure the media of Trump Derangement Syndrome?  Let a jury decide that the media is out of control and that destroying people comes with a price.
PS: You can listen to my show (Canto Talk) and follow me on Twitter.
Posted by Silvio Canto, Jr. Post Link ---> 6:49 AM

"Rachel's Vineyard" is a wonderful resource

Years ago, I watched a good show on EWTN.  The guest was Dr. Theresa Burke, PhD, one of the ladies that runs the retreats at Rachel's Vineyard.

Dr. Burke has also written articles and a book about abortion: Forbidden Grief: The Unspoken Pain of Abortion.

Second, share the website with anyone who is considering an abortion or dealing with the trauma of post-abortion. Lately, I have been reading more and more about the emotional and physical consequences of abortion.
Abortion is not a choice. It is a bad and unnecessary choice.

Last but not least, this website reminds us that abortion is the taking of a human life.   We should remember this point as we “celebrate” another awful anniversary of "Roe v Wade".
PS: You can listen to my show (Canto Talk) and follow me on Twitter.

On this day in 1973, in Kingston, Jamaica, 24-year-old George Foreman pulled a stunning upset.

He defeated reigning champion Joe Frazier in 4 minutes and 35 seconds to win the heavyweight championship of the world.

Foreman was the 1968 Olympic gold medalist and and Frazier the 1964 Olympic winner.

2014: A CHAT WITH VICTOR TRIAY, CUBAN AMERICAN AUTHOR OF "ON FREEDOM'S SHORE" 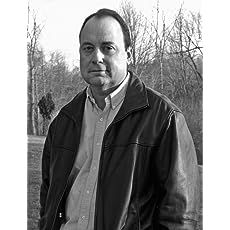 It was wonderful humor and worth watching now in reruns.     Who can ever forget candidate Richard Nixon saying "sock it to me"?

P.S. The shows are now available for sale.