Once again, cheers for Senator Lindsey Graham.  I say “again” because Senator Graham was brilliant in his defense of Judge Brett Kavanaugh a year ago.
We just learned that Senator Graham has 40-plus fellow GOP Senators to support a resolution against the current “impeachment” process in the U.S. House.
This is how the senator explained it:

“They’re creating a shadow process that, I think, is just denying basic fairness. And we’re urging them to go back to what worked before,” Graham said.

The resolution is just a statement and nothing more.   It won’t get the 60 votes to make it to a floor vote.
Nevertheless, it makes it clear that getting 20 GOP Senators to flip on President Trump will be very difficult, if not impossible.
Yes, the resolution is nonbinding but it shows that the Democrats will need a better case to persuade GOP Senators to convict and reverse a presidential election.
Let the voters decide this next year!  I guess that’s what Democrats must really be scared of.
PS: You can listen to my show (Canto Talk) and follow me on Twitter.
Posted by Silvio Canto, Jr. Post Link ---> 8:04 AM 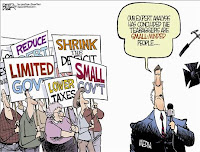 Leslie Easman of Temple of Mut introduced us to Mark Meckler last night.  It was a great conversation.

Mark is also involved with Citizens for Self Governance:

"Our platform is a simple one.  Just as each branch of government checks and balances the power of the others, our four basic principles can restore us to a citizen-fearing republic with effective self-governance.
Great goals.  We have a lot in common with Mark.

It's amazing but The Patriot Act has been around since 2001:

"On this day in 2001, President George W. Bush signs the Patriot Act, an anti-terrorism law drawn up in response to the attacks on the Pentagon and World Trade Center onSeptember 11, 2001.The USA PATRIOT Act, as it is officially known, is an acronym for "Uniting and Strengthening America by Providing Appropriate Tools Required to Intercept and Obstruct Terrorism." Bush hoped the bipartisan legislation would empower law enforcement and intelligence agencies to prevent future terrorist attacks on American soil."

It's always tough in an open society to give this much power to the state.   However, I think that The Patriot Act has protected us and that was its original intent. 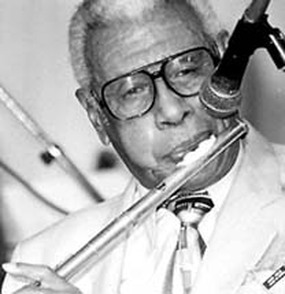 As a young man growing up in Wisconsin, our family turntable was the best source of Cuban culture.
My parents subscribed to a Cuban “LP of the month club” out of Miami and built up a collection of music. (They still have the LP’s today!)
One of our favorite groups was Orquesta Aragon, one of the great Cuban bands of the 20th century.
Richard Egües was Aragon’s flute player.   His unique sound helped the group achieve world-wide popularity.   In ’99, Egues released a solo album, “Cuban Sessions.”