Starting the Iraq War that ended 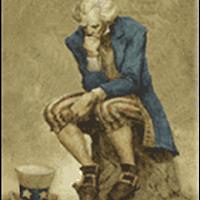 (My new American Thinker post)
Secretary Carter has a tough job these days.
First, he has to explain our Middle East policy to a very skeptical Congress.
Second, he must say that we're going back to the region by playing word games about "boots on the ground", "combat" etc. This is from Kevin Sullivan:

"As the Obama administration holds to the increasingly dubious claim that U.S. troops are not engaged in combat against the self-proclaimed Islamic State, the Pentagon is withholding details about its wounded that would give key insights into the kind of fight American troops are facing in Iraq.
"Appearing before the Senate Armed Services Committee on Tuesday, Secretary of Defense Ash Carter repeatedly said the U.S. is in the region to ‘combat ISIS' but stopped short of saying the troops themselves are engaged in combat, even after senators repeatedly asked for clarity. Rather, Carter said Wheeler died in combat, in an isolated incident, while performing heroic acts."
Some U.S. lawmakers on both sides of the aisle are leery, however, of a protracted, poorly defined mission in Iraq. "I think they are way beyond their legal authority right now," U.S. Senator Tim Kaine told Al-Monitor, referring to the White House. "I think it's time for Congress to get into this."
Congress will press carefully on the matter though, so as not to appear as stifling the president in the fight against a jihadist army that most Americans increasingly agree must be defeated, even if iteventually requires ground troops.

The Obama administration is in a very tough spot here. On one hand, they claimed that they ended the war and left Iraq successfully. On the other hand, the bad guys didn't get the memo or hear President Obama's speech.
How do you tell the "yes we can" screamers that the 2011 decision to leave Iraq was all about politics rather than national security?  How do you get Democrats in the Congress to go along with this? What will Secretary Clinton say? Will she support it or pander to the left by criticizing the administration?
Worst of all, we will likely lose soldiers in this new effort in Iraq or Syria. We will take casualties because President Obama could not look beyond the silly promise that he'd end the wars.
The Obama foreign policy is dangerous and a disgrace.
P.S. You can listen to my show (Canto Talk) and follow me on Twitter.

National security stories of the week with Barry Jacobsen

Guest:  Barry Jacobsen, military historian and blogger, joins us for a look at national security this week...........Russian jets get very close to the USS Reagan, a very provocative act to say the least...........there is talk that the US is preparing to send troops back to Iraq.......Russian military action continues in Syria.........Iran sends warships into the Atlantic ocean..........another Iranian-Amerian is arrested in Iran........US-China tensions over the islands in the China Sea...........