No moderates on that side

Over the weekend, a friend sent me the link to a Washington Post editorial titled “No, Pete Buttigieg and Joe Biden are not ‘centrists.’”  Let’s check out a couple of points:

It has become an unchecked assumption about the Democratic presidential race: The candidates are fighting an ideological war between “left” and “center.” This narrative is false, and it is hardly benign. It minimizes the bold policy ambitions of those in the mislabeled “centrist” lane and falsely characterizes those on the left flank as braver or more committed to reform.Yes, some candidates in the race are to the left of others. Sens. Bernie Sanders (I-Vt.) and Elizabeth Warren (Mass.) not only want to make sure that all Americans have access to health care, as do all the Democrats, but they want maximum government control in achieving that goal…Then there are the policy moves that practically all Democrats agree on: giving legal safe harbor to the young immigrants known as “dreamers”; reviving and expanding President Barack Obama’s climate regulations; reengaging with Iran; raising the minimum wage; keeping abortion legal; cracking down on guns.In fact, every major Democratic candidate is running on an agenda to the left of Mr. Obama’s.

Wow!  Talk about some chin music, or a pitch to the head, for those who don’t understand baseball.
How did it take this long from some mainstream media source to state the obvious — no moderates here?
To be honest, I thought that former VP Biden would play the centrist role and fight back the leftist impulses of the others on the stage.
Not Joe!
VP Biden has just followed the crowd and now sounds like someone that voters would never recognize. My guess is that Jill Biden must be wondering whether a pod from Mars stole her husband and replaced him with a leftist.
So why is the Washington Post doing this?
Some say that they want to hurt Bernie Sanders.  Maybe so, but they are not exactly helping anyone else by saying that this bunch is to the left of President Obama.
So let this bunch go to Milwaukee and settle this on the floor.  It won’t be pretty.  It’s going to take a lot more than Michael Bloomberg’s billions to save this party.
PS: You can listen to my show (Canto Talk) and follow me on Twitter.
Posted by Silvio Canto, Jr. Post Link ---> 6:16 AM 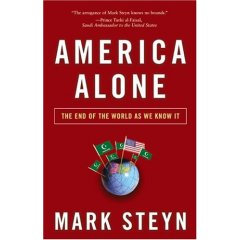 Mark Steyn is a Canadian who writes about war, politics, the arts, and culture.  His works can be read in many major periodicals and magazines of the English speaking world.

Born in Toronto, he lives in New Hampshire.

I was introduced to Mark Steyn a few years ago when he jumped all over the Europeans for their cowardice over Iraq and terrorism in general:

We had his baseball card!     My brother and I collected them and I recall this one for sure.   By the way, I loved those old Reds' uniforms.

He pitched in the 1960's and then worked as a coach and scout for several organizations later.

Sammy Ellis and memories of those bubble gum cards.