Remembering the morning that changed my life

For weeks, most Cubans anticipated an invasion of the island.  It's hard to understand today just how tense things were in Cuba 61 years ago this month.

My parents were living in a polarized country, where neighbors kept an eye on their neighbors through something the CDR, or, translated, The Committee for the Defense of the Revolution.  You could not trust anyone, and Cubans, normally very loud and outspoken about their politics, had to whisper their political sentiments.

No one had a clue that the men of Brigade 2506 would land at The Bay of Pigs, a place that only a Cuban with a specialty in geography had ever heard about.  Years later, I learned that many crabs go The Bay of Pigs every year:

This year, the crabs started their journey early.

At the end of March, the municipal authorities issued a warning to drivers to avoid travelling in the morning and evening hours — the favourite crossing times for the crabs. Environmentalists usually demand the closure of the main road, especially at key migration times.

The passage of the red crustaceans — the species is called gecarcinus ruricola — could last until July.

The largest amount of traffic occurs between April and May. Residents have to be careful: When the crabs feel threatened, they can puncture car tyres with their pincers.

Then it happened — the invasion, not the crabs.  A plane woke me up, and I rushed to the window to see an aircraft dropping leaflets about the liberation of Cuba.  How many 8-year-old kids can say something like that?  I had no idea that morning that all of these events would end up with me growing up in the U.S. someday.  All I knew about the U.S. back then was that they played baseball and the burgers were huge.

By midday, everyone was talking about the invasion and how the brigade was actually succeeding in pushing back Castro's troops.  It was true.  By evening, everything changed when we learned that the men were running out of bullets and the air support did not come.  To this day, every man I've spoken to from that brigade said they were promised air support.  No one expected U.S. soldiers to fight for Cuba, but air support would have broken the back of the very small and disorganized Cuban militias.  As a Cuban veteran said to me: "The sight of a couple of old jets" would have done the trick!

In a couple of days, Castro was boasting about the defeat of U.S. imperialism, and every Cuban associated with the "counter revolution" was picked up and thrown in prison.  One of those men was my father's cousin, or Dr. Ignacio Segurola-Canto, a young man in his 30s who had spoken about the communist influence in Castro's regime.  He called Castro a communist in a speech.  The regime spokesmen denied it.  Later that year, Castro said in a speech that he had always been a communist, but Ignacio was not released from prison.  He stayed in prison until 1975.

Many brave Cubans died at the Bay of Pigs.  Castro put thousands in prison because they supported the invasion or opposed his sudden love for communism.  Many were executed or spent years in some of the world's worst political prisons.

I choose to recall the events of this week by remembering the heroes of Brigade 2506.  It's too late to dwell on whether President Kennedy fumbled or whatever else.

Time is taking its toll on this great generation.  There are funerals in Miami often.  Most of them picked up after the experience of invasion and became successful businessmen and family men.  I've had the honor of meeting many.

They were Cubans determined to fight for their country.  This is how I remember these men, and the families who supported them.

On Easter Sunday, God bless my late parents and that generation of Cubans.  They lost Cuba, came here, and started their lives.  Best of all, they taught us about freedom and how communists are always out to take it from you. 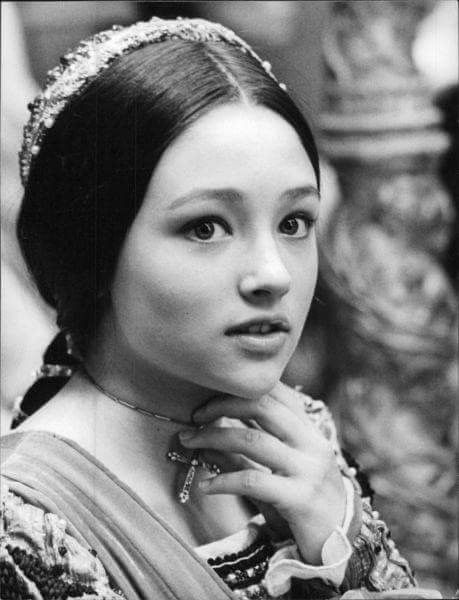 Back in my younger days, they released a version of "Romeo & Juliet" starring a pretty young woman named Olivia Hussey.  She was very young when she made this movie, i.e. 17 or 18.

I learned years later that Olivia was born in Argentina on this day in 1951.  Her father was British and the mother was from Buenos Aires.   Wonder how they discussed the Falklands War in that marriage?

We say happy birthday to Daffy Duck who made his debut in 1937.    He appeared with Porky Pig in "Porky's duck hunt".

Over the years, we loved Daffy because of a "hyperactive, at times silly, character whose madcap capers were fueled by an unpredictable personality."

Happy # 58 to the Ford Mustang

We celebrate another anniversary of the 1964 Ford Mustang.

The car was named after a World War II fighter plane.

The Mustang sold more than 400,000 units within its first year of production, far exceeding sales expectations.

I never owned a Mustang but maybe I should go out and buy one!

"When the Sabbath was over, Mary Magdalene, Mary the mother of James, and Salome bought spices so that they might go to anoint Jesus' body. Very early on the first day of the week, just after sunrise, they were on their way to the tomb and they asked each other, "Who will roll the stone away from the entrance of the tomb?"
But when they looked up, they saw that the stone, which was very large, had been rolled away.
As they entered the tomb, they saw a young man dressed in a white robe sitting on the right side, and they were alarmed.
"Don't be alarmed," he said. "You are looking for Jesus the Nazarene, who was crucified. He has risen! He is not here. See the place where they laid him. But go, tell his disciples and Peter, 'He is going ahead of you into Galilee. There you will see him, just as he told you.' "
Trembling and bewildered, the women went out and fled from the tomb. They said nothing to anyone, because they were afraid. "