Don't mess with the kids

The parents are mad at public education.  They don't like that their kids were at home during the pandemic but their Catholic or private school neighbors were going to school without any delays.  They are angry that their kids were being taught about sexuality without their permission. They are angry and plan to take it out on the Democrats. Why Democrats?  Because they cared more about the teachers union than the parents.

This is from Alia Wong:

Democrats have long been seen as the country’s “education party,” enjoying most voters’ trust on such issues. But public perceptions have shifted since the onset of the pandemic.

Last year, conservatives secured seats on dozens of school boards across the country on campaigns targeting critical race theory. More could soon join them, with their campaigns now targeting LGBTQ+ lessons, too. One poll this summer of likely voters in 62 congressional battleground districts suggests Republicans now have an advantage over Democrats on education.

The tide continues to turn in the GOP’s favor as Democrats struggle to mobilize and appeal to voters. And the implications could be vast, including greater privatization of public education, less federal involvement in schools and more restrictions on what students read and learn.

“Parents want a say in their kid’s education, and because Democrats don’t want that, (parents) are walking away,” said Jessica Anderson, the executive director of Heritage Action, a conservative lobbying organization. “There’s a new burst of energy and enthusiasm” for the Republican approach to education.

Yes, there's a lot of enthusiasm out there.  The Republicans are benefiting from it because most "red states" opened up early and the kids were back in school.  Also, "red" state legislatures stood up and defended the parents against CRT and other historical revisions. It's about parents who are angry with how their kids were treated and what they learned that Johnny and Mary were taught.

On election day, you will hear about the red wave but remember that the surfers are angry parents.

Let me add this note of caution to the GOP.  Mom and dad will turn on you if you don't act once you have majorities.  In other words, state legislatures should move quickly on school choice and making it clear to education bureaucrats that they work for the parents. 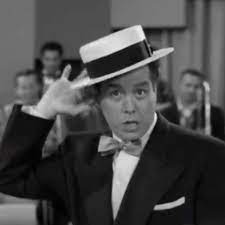 As a Cuban American, I WILL NOT be offended if you dress up as Ricky Ricardo for Halloween…….we Cubans who grew up in the US think he’s hilarious and speaks funny too……enjoy it!— Silvio Canto. Jr. (@silvio_canto) October 29, 2022

We say happy birthday to Denny Laine, one of the original members of The Moody Blues,  Later, he joined Wings, the Paul McCartney group of the 1970's.

My favorite of his songs is "Go now", the first big hit in the US by The Moody Blues.........
P.S.  Check out my blog for posts, podcasts and videos. If you like our posts, please look for ”Donate” on the right column of the blog page.

"We've already said ‘Goodbye’.
Since you've got to go
Oh you had better go now.
Go now. Go now. Go now
Before you see me cry.
I don't want you to tell me
Just what you intend to do now.
'Cause how many times do I have to tell you
Darling, darling,


I'm still in love With you now?


Can't you see I want you to stay?


Since you've got to go


Oh you had better go now.


Before you see me cry.
I don't want you to tell me
Just what you intend to do now.
'Cause how many times do I have to tell you
Darling, darling,
I'm still in love,
Still in love,
With you now? I don't want to see you go
But, darling,
You'd better go now."
Posted by Silvio Canto, Jr. Post Link ---> 12:01 AM