Wednesday’s video: The first of the 2 Democrat debates is on tonight.

Wednesday’s video:
The first of the 2 Democrat debates is on tonight.....watch for these candidates to say or do something to make a name for themselves.....
Click to watch: pic.twitter.com/qGqVwNnyNB
— Silvio Canto, Jr. (@SCantojr) June 26, 2019

Tags: The first of the 2 Democrat debates is on tonight.....watch for these candidates to say or do something to make a name for themselves. To share or post to your site, click on "Post Link". Please mention / link to the My View by Silvio Canto, Jr. Thanks!
Posted by Silvio Canto, Jr. Post Link ---> 3:58 PM

Maybe this is also what happens when everyone in your party panders about race.
Yes, Mayor Pete is in trouble, as we see in these reports:

The South Bend, Indiana police union is accusing the city’s mayor and Democratic presidential candidate Pete Buttigieg of making decisions on an officer-involved fatal shooting “solely for his political gain.”
The charge from the South Bend Fraternal Order of Police Lodge #36 comes as Buttigieg — who’s soared from a long-shot to a top-tier contender for the Democratic nomination — is facing the first serious test of his presidential campaign.  The union spoke out on Monday night after Buttigieg supported a call for a special prosecutor to investigate the fatal shooting June 16 of a black man by a white police officer.  Their move also comes after Buttigieg said he would contact the U.S. Department of Justice’s Civil Rights Division to request an independent investigation.
In a blistering statement on Monday night, the union claimed that “Mayor Buttigieg’s focus on this incident is solely for his political gain and not the health of the city he serves.”
“Mayor Buttigieg’s comments have already and will continue to have a detrimental effect on local law enforcement offices and law enforcement officers nationwide. Mayor Buttigieg’s comments and actions are driving a wedge between law enforcement officers and the community they took an oath to serve.”

All politics is local, isn’t it?
Mayor Pete is caught between his police officers and the mobs that assume that a white policeman is racist if the victim is black.
Mayor Pete should have supported the police chief and ordered him to conduct an internal investigation to determine what had happened.  Instead, Mayor Pete stabbed his police officers by jumping on the bandwagon that this is a civil rights issue.
Yes, a white police officer killed a black man.  That does not mean that racism was part of the result.
Unfortunately, so many Democrats are hostage to the narrative of race and let the mobs set the conversation.
I am not sure if this incident will hurt his presidential campaign.  What it does is prove that he is another Democrat who has to see everything in terms of race.
PS: You can listen to my show (Canto Talk) and follow me on Twitter.
Tags: Mayor Pete’s virtue-signaling on race riles South Bend’s police To share or post to your site, click on "Post Link". Please mention / link to the My View by Silvio Canto, Jr. Thanks!
Posted by Silvio Canto, Jr. Post Link ---> 3:40 AM

A few thoughts about the "Cuban danzon"

Would you like to see our parents jump and start dancing?


There is something magical about the beat and the romantic overtones. I can certainly understand why people love it so much.

"Danzón has been called the official dance of Cuba, and evolved from the French-Haitian Contradance, brought to Cuba by Haitians fleeing the revolution of the late 1700s.

In old Cuba, Barbarito Diez was one of the great performers of "danzon".

Whatever happened to Bob Lind? 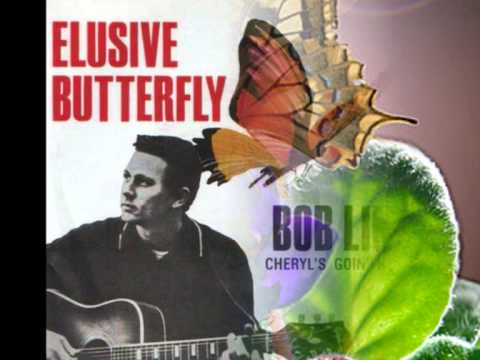 Bob Lind wrote "Elusive Butterfly", one of the greatest songs of the 1960's.

And then he did not record any other hits!

I understand from his website that his songs were recorded by other artists. Frankly, I am not familiar with them.

Whatever happened to Bob Lind? Is he the all time "one hit wonder"?