Herman Cain plus Biden & the VP decision and confusion over Covid-19 08/03 by Silvio Canto Jr | Politics:

A word about Herman Cain

Herman Cain passed away a few days ago.  He was 74 and died of COVID-19.
It did not take long for some to blame Cain’s death on the Trump rally or the lack of a mask.
Unfortunately, these people forgot that Mr. Cain was given a 30% chance of survival from stage 4 colon cancer that had spread to his liver.  He underwent chemotherapy and surgery to remove the cancer from his liver and was declared cancer-free in 2007.
The other side of Mr. Cain is that he was an African-American success story.
I read about his life in a campaign book published in 2011.  He grew up in Atlanta as the son of a chauffeur and a domestic worker.  After college, he started his corporate career with Coca-Cola and the Pillsbury Company and was eventually named CEO of Godfather’s Pizza.  He later led the National Restaurant Association, lobbying on Capitol Hill.
As K.T. McFarland wrote:

He was convinced that a good education, hard work and persistence would bring success to every American, regardless of color or creed. As a Black man growing up in the deep south during Jim Crow, he must have faced enormous obstacles. But I never heard him complain, or blame others.

Sadly, no one will remember Herman Cain in our schools.  This is because he was a black Republican and a man who understood that looking back never improved anyone.
Rest in peace, Mr. Cain.
PS: You can listen to my show (Canto Talk) and follow me on Twitter.
Posted by Silvio Canto, Jr. Post Link ---> 10:12 AM

"Where have all the flowers gone": Still one of my all-time favorite songs! 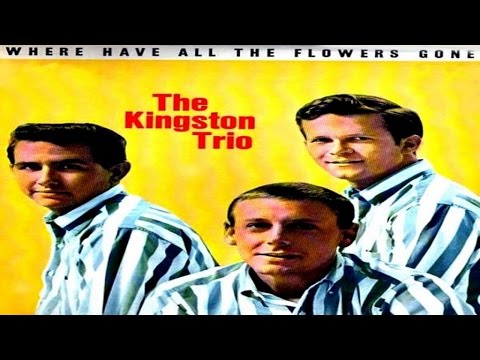 Just heard this one on the radio a few days ago.  "The Kingston Trio" recorded the best version of this song. (I guess that Peter Paul & Mary has the second best version).

According to songfacts, Pete Seeger wrote this song as a call for peace.   He was inspired by Mikhail Sholokhov's novel “And Quiet Flows the Don”, which is about Czarist Russia.

In a 1988 interview with Paul Zollo, Seeger explained:


"In one of the early chapters, it describes the Cossack soldiers galloping off to join the Czar's army.
And they're singing: 'Where are the flowers? The girls have plucked them. Where are the girls? They've all taken husbands. Where are the men? They're all in the army. Gallop, gallop, gallop, wheeeee!'
I stuck the words in my pocket. "

It's a great song!