The battle over opening schools........Will Biden debate? When do Democrats hit panic button over Biden?......New York goes after NRA....Crime up in 'Blue cities'....Gallup Poll reports that a majority of blacks want police at current levels....Truman and the atomic bomb 1945 and other stories.....click to listen:

Who approved the FISA warrants?

A good primary night for Trump — not so good for Biden

My guess is that President Trump was happy with the Kansas primary results.  He did not take sides but clearly wanted the more electable Republican to win, and indeed he did.   He got his man when Rep. Roger Marshall defeated Kris Kobach, the man that Democrats were rooting for.
So Kansas should vote GOP in the fall and that will help keep the U.S. Senate.
My other guess is that Biden was not so pleased.   The left is a bigger factor than ever, as Doug Schoen wrote:

Moreover, it is clear that the multitude of victories by left-leaning Democrats will put more pressure on Joe Biden to adopt more progressive policies on reducing if not defunding the police, climate change and raising taxes.
Indeed, we can expect that this string of progressive victories will force Biden to move out of the center and make him more vulnerable to attacks by the Trump campaign.
The Trump campaign has already been pushing the message that the Democrats are a far-left party, and Tuesday’s results in Missouri and Michigan, as well as the results of the June primaries in New York, bear that out and make Trump’s reelection case more credible.
In Missouri’s 1st congressional district, Cori Bush, a progressive insurgent who has been active in local politics for merely six years, unseated Rep. William Clay, D-Mo., a 20-year incumbent, winning by over 3-points.

More Democrat incumbents going down or scared to death by the left?  Welcome to 2020!
Clearly, these new players on the Democrat team will demand more leftist proposals, from climate change to income distribution to amnesty to defunding the police.
Joe Biden will resist and dance around the problem.  Unfortunately for Joe, the people supporting these so-called “progressives” won’t be enjoying the Biden dance.  Some will stay home or vote for the Green Party.
P.S.  You can listen to my show (Canto Talk) and follow me on Twitter.
Posted by Silvio Canto, Jr. Post Link ---> 6:56 AM

Guest: Barry Jacobsen, military blogger and historian......we look at another anniversary of Hiroshima & Nagasaki..........what factors led President Truman to make that decision........how do we fight ISIS today? Should we use air power to push back ISIS? the Iran nuclear deal is running into serious problems in Congress.......Secretary Hillary Clinton has an 'emails' problem......

We remember Paul Warfield Tibbets, Jr,  the man who commanded the B-52 that dropped the first atomic bomb.

Thank you for your service! 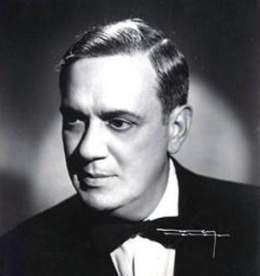 Like some of you, I grew up listening & hearing stories about Ernesto Lecuona's songs.

He was my parents' favorite composer! They had a personal reference to each and every one of his songs!

Lecuona was a very prolific songwriter.

He was great!   We chatted with Fernando Hernandez a few years ago about his songs and careers: