Trump transition, Cuba 1961 and other stories from the front pages with Frank Burke 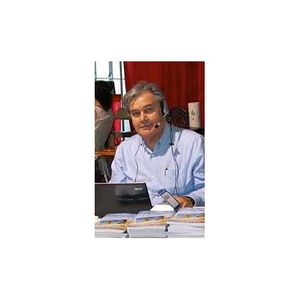 Resolution: Give parents a choice for their kids’ education

(My new American Thinker post)
President Trump will have a lot on his plate, from domestic to foreign policy concerns. We don’t know what surprises could consume his presidency, such as 9/11 and Iraq defined the Bush presidency. We recall that Mr. Bush walked into the presidency wanting to focus on domestic matters. Of course, everything changed on 9/11, as we remember.
Let me suggest one very important reform: focusing on improving the schools that Hispanics and blacks are stuck in. It could be the key to breaking up the electoral lock that the Democrats have on inner-city voters, from LA to Chicago to Washington DC,
According to Fred Hiatt, the moment is now and I second that motion:

The system would then stop funding schools and begin funding families. Every child would be given an annual scholarship. Poor children, who often enter school needing extra attention, would get bigger scholarships. Children with disabilities would get more, too.
Every school would then have to compete for students. Principals would be allowed to hire the teachers they wanted. In exchange, every school would have to measure its children’s progress with identical tests, so that parents could compare. The tests would show not only which school’s fourth-graders were reading at the highest level but also, and more importantly, which school’s fourth-graders had made the biggest gains since third grade.

And let the experiment begin! Let’s try something new, especially for those inner-city parents who can’t move out.
I believe that it will be a smash with parents who are very involved in their kids’ education, a large portion of the population, I assume. It will be fought by the public teachers’ union but a president willing to speak over the media could make it happen.
Last, but not least, let’s not get hung up on “choice” versus “chartered schools”. We can let the school boards make those calls. The bottom is to start funding families so that they can put their kids in a school of their choice.
P.S. You can listen to my show (Canto Talk) and follow me on Twitter.
Tags: School choice  To share or post to your site, click on "Post Link". Please mention / link to the My View by Silvio Canto, Jr. Thanks!
Posted by Silvio Canto, Jr. Post Link ---> 7:30 AM