Why did our parents have so many babies? Listen to their music! 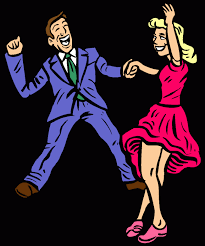 Why did our parents have so many babies?   I guess it depends but music had a lot to do with it!


"Ruby, precious gemstone that occurs as a red, transparent variety of the mineral corundum."


Just saw this the other day:


“Ruby” Becomes 4th Most Popular Girl’s Name in the UK


It's funny.  I like that name a lot, too.  We don't any daughters.  However, I would have campaigned to have her named Ruby.


These are 3 examples of songs named after a girl named Ruby.


Each Ruby is a very different character, a girl with a different personality.


The first one is "Ruby Baby" from Dion in the early 1960s. We call this one sweet Ruby:


The second is "Ruby Tuesday", the elusive character that inspired one of The Rolling Stones' very best tunes:


The third is Kenny Rogers' "Ruby", a young woman who is hard to keep at home:


"You've painted up your lipsAnd rolled and curled your tinted hairRuby are you contemplatingGoing out somewhereThe shadow on the wallTells me the sun is going downOh Ruby Don't take your love to townIt wasn't me That started that old crazy Asian warBut I was proud to goAnd do my patriotic choreAnd yes, it's true that I'm not the man I used to beOh, Ruby I still need some companyIts hard to love a man Whose legs are bent and paralysedAnd the wants and the needs of a woman your age Ruby I realize,But it won't be long i've heard them say until I not aroundOh Ruby Don't take your love to townShe's leaving now causeI just heard the slamming of the doorThe way I know I've heard it slam 100 times beforeAnd if I could move I'd get my gunAnd put her in the groundOh RubyDon't take your love to townOh Ruby for God's sake turn around"

Did anyone say ISIS?

(My new American Thinker post)
My guess is that Mrs. Clinton knows that she’s going to disappoint much of her party if she wins. In other words, the next president will have to fight the war against terrorists with a lot more energy and aggresiveness than President Obama did. Incredibly, President Obama has been allowed to kick the can forward and leave all of this to his successor.
The Democrat convention is all about turning Trump into a racist and sexist monster. Unfortunately, the real monster who just killed a priest in France was overlooked
Some delegates are defending the lack of ISIS saying that there is a theme nightly and terror was not on Monday’s agenda, as Tyler Pager explained:

“Based on our searches of C-SPAN closed-captioning text, Congressional Quarterly transcripts and other video archiving services, we couldn’t find any speaker who mentioned “ISIS,” “Islamic” “terror,” “terrorist,” or “terrorism” during the first day of the convention,” Politifact wrote.
The fact-checking website did add the caveat that the Democrats still have three days to discuss terrorism at the convention and the first day of the convention was not meant to focus on foreign policy.
Additionally, Hillary Clinton on Monday called for action against ISIL at a rally in Charlotte, North Carolina.
“We need to lead other countries in stopping ISIS, Al Qaeda, and other radical jihadist groups,” she said. “We shouldn’t leave that to the rest of the world to figure out on their own. That won’t keep us safe.”

Frankly, I don’t buy this nonsense about scheduling. I think that Democrats have concluded that their delegates would rather hear about free tutition than the threat of ISIS.
Let me say it again. Democrats are going to be very disappointed when # 45 has to go after ISIS, and that means ground troops. Mrs. Clinton has to know that and her anti-war pandering to the left is reckless and irresponsible.
The Democratic Party is in a state of denial. They should read today’s Telegraph editorial about Germany:

Western democracies are now frequently experiencing political events that were previously considered unthinkable, at least by their political elites.
If there is a common theme to Brexit, the candidacy of Donald Trump and the rise of the Front National in France, it is that political establishments which ignore and ridicule voters’ concerns about issues including immigration and cultural cohesion are simply storing up trouble for the future.
Such concerns do not go away just because politicians refuse to acknowledge them, instead erupting unpredictably. To avoid these eruptions, those worries must be addressed sensibly and calmly by mainstream politicians..

And the threat of ISIS is not going away either because we engage in silly arguments about motives or whether the killer was or was not radicalized.
P.S. You can listen to my show (Canto Talk) and follow me on Twitter.
Tags: ISIS and the Democrats  To share or post to your site, click on "Post Link". Please mention / link to the My View by Silvio Canto, Jr. Thanks!
Posted by Silvio Canto, Jr. Post Link ---> 6:00 AM