Pennsylvania votes plus ObamaCare & the left calls on Biden plus more

Pennsylvania votes plus ObamaCare & the left calls on Biden plus more 11/12 by Silvio Canto Jr | Politics:
Biden facing pressure from the left already.....A legal victory for Trump in Pennsylvania......Audit in what states? ObamaCare befolre The Supreme Court........Biden talking about reversing Trump's immigration moves.....Atlanta 1864...............and other stories.....click to listen:
Posted by Silvio Canto, Jr. Post Link ---> 8:30 PM 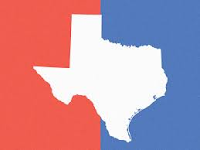 It took a few days and my congressional district was finally settled:  The GOP’s Beth Van Duyne defeated Democrat Candace Valenzuela.  Van Duyne will replace retiring Kenny Marchant who had been around here for a while.

The final numbers say a couple of things about District 24, another one of those Dallas area suburbs that includes Carrollton, Irving, parts of Coppell and so on.

First, this is a diverse district.  It has a significant Hispanic population.  Nevertheless, Van Duyne’s tough position on illegal immigration did not hurt as much as Democrats were hoping.

Second, this is a district growing and small businesses are everywhere.  My guess is that calling for a $15 minimum wage did not sit well with all of those business owners who can’t afford to pay that.

Third, the GOP wrapped the “defund the police” message around Valenzuela, as it did to just about every Democrat in Texas.

In the end, it was 0 for 10 for Democrats.  The Democrats aimed to flip 10 GOP-held seats here and couldn’t score one.    They spent millions on TV ads saying that the GOP was going to leave you without health insurance or take away your preexisting conditions but it did not move the needle.   I do think that the attacks on the energy industry did frustrate Democrats down here.

So the blue wave of 2020 missed Texas!  No matter how hard they tried, they just couldn’t “Beto Texas” again!