Wednesday’s video: Some thoughts about the Texas primary and Sessions goes down in Alabama

Wednesday’s video:
Some thoughts about the Texas primary and Sessions goes down in Alabama
Click to watch: pic.twitter.com/KdI0lbwFL0
— Silvio Canto, Jr. (@SCantojr) July 15, 2020 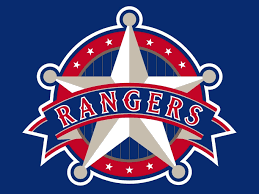 Is anyone surprised?  I had a feeling that there’d be a follow-up to renaming the Washington Redskins.

According to Global Opinions editor Karen Attiah of The Washington Post, the Texas Rangers are racist all the way.


On the heels of the Washington Redskins retiring its name and mascot amid pressure from critics and corporate sponsors, an op-ed written by Attiah made the case that “to know the full history of the Texas Rangers is to understand that the team’s name is not so far off from being called the Texas Klansmen.”

Growing up in Dallas, Attiah recalled going to Rangers games with her father as a child, but not realizing at the time that the Rangers “were a cruel, racist force when it came to the nonwhites who inhabited the beautiful and untamed Texas territory.”

O.K.  Why is it always the white guy who destroys the beautiful and untamed territory?

Her article is confirmation that this is a step-by-step destruction of American heritage.  Furthermore, this is not going to stop until a professional team owner hangs up the phone and tells this crowd to go to you know where.

Call your team owner and tell him to stand up to this mob.  It won’t end until they get the Yankees and Cowboys, the two premier examples of “white male supremacy” in their eyes.

We remember that Robert Conquest was born in the UK on this day in 1917.  He died in 2015 and was an early voice against communism.

His book "The great terror" was the first detailed account of the Stalinist purges from 1937 to 1939. He estimated that 20 million people perished from famines, Soviet labor camps and executions.

We owe a great deal to men like Mr Conquest.

What shall we now call that team the Dolphins played twice in The Super Bowl?

Back in January 1973, the perfect Dolphins beat Washington in the Super Bowl. The final score was 14-7 and everybody remembers how Garo Yepremian missed that field goal that would have made it 17-0, or exactly Miami’s record that year. As my mother used to say, “no nay nada garantizado en este mundo.”  Well, an easy Yepremian field goal was not in the cards that day.
Back in January 1983, Miami met Washington again but the guys formerly known as “pieles rojas” took home the trophy winning by the score of 27-17.
What are we going to tell our kids the next time we are talking about Dolphins and two of their Super Bowl appearances?
Talk about messed-up priorities. Apparently, Washington, one of the legendary NFL franchises, will retire the name “Redskins” to please people who get angry about stuff like that.
Seriously, have you ever met anyone who got that worked up about a team mascot?
I will miss thinking of Billy Kilmer and that quarterback controversy with Sonny Jergusen.  Or John Riggings running that long TD and that cool helmet design.
Put me down as someone who does not watch NFL games to find something wrong with the team names. By the way, the Cowboys vs “whatever the new name” rivalry won’t be the same.  Yes, there was something about Cowboys and Redskins going at it on the football field. It won’t be the same.
Maybe Black Lives Matter and all of those white college students will celebrate the Redskins’ name change by painting a street or vandalizing another statue. For sure, none of them will march this week in Chicago, or anywhere else, calling on people to stop shooting each other.
P.S.  You can listen to my show (Canto Talk) and follow me on Twitter.
Posted by Silvio Canto, Jr. Post Link ---> 12:07 AM