Tuesday's show: Retail sales, news from Cuba and a look at the politics

Raul hanging around and he blames the hurricane 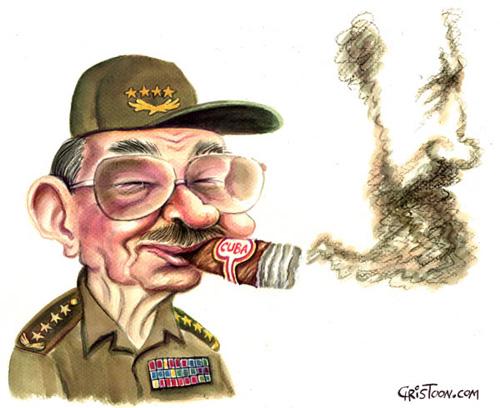 As you may remember, Raul Castro had promised to leave power next February.  It was a done deal, as everyone in the international media reported.
A few days ago, Raul Castro decided to extend his term.  Don’t you love how dictators do that?
The official explanation is Hurricane Irma, or the serious damage that it did to the island.  This is what they are now saying in news reports:

The official announcement, published in the Communist Party newspaper Granma on Thursday, said the decision was made because of the impact of Hurricane Irma, which hit Cuba as a category 5 storm in September and caused more than $13 billion in damages.
Storm recovery also delayed municipal elections — the first step in a process that was to culminate in the Feb. 24 election of a new National Assembly and the selection of a new president. Provincial elections where candidates are selected by slates determined by electoral commissions also were postponed until March 25.

Well, what’s going on?
To be fair, the hurricane was horrible.  It did cause a lot of damage to Cuba’s tourism locations.
But as my late father used to say, don’t trust a word from these Castro brothers.  Or, there is always something else going on behind all of those press releases! So naturally, the promise to leave is not going to be kept.
My guess is that there are a couple of things going on.
The Cuban economy is a disaster,  in large part because bureaucrats are fighting reforms.  In Castro’s Cuba, the loyal bureaucrats drive private cars and their wives go shopping in Mexico City.  Reforms will end many of those privileges!
Second, the collapse of Venezuela ended a huge subsidy.
Third, President Trump’s new approach toward Cuba has distanced the U.S. from President Obama’s normalization-of-relations plan.
Add to this the “sonic attacks” and this is not the movie that Raul Castro had hoped to release!
And then there may be the wildest of all wild cards.  I am talking about Alejandro Castro, the dictator’s son and manager of Castro Inc.
Raul Castro has to know that “reforms” or a successor who decides to get close to President Trump, will likely mean the end of Alejandro and the family racket that has been so profitable!
So what happens in Cuba?  Stay tuned because North Korea may not be the real foreign policy issue of early 2018.  I think that Raul Castro may be finally realizing that his brother left him a mess beyond repair.
P.S. You can listen to Silvio Canto’s show (Canto Talk) and follow him on Twitter.

Tuesday's video: What's next in Cuba?

Raul Castro has decided to extend his term in office to April......my guess is that Cuba’s economic problems and new approach by President Trump have upset the transition plans.....changes coming to Cuba...

What color the coming wave?

We’ve been hearing a lot about the coming “blue wave”, or the Democrat tsunami that will take over the House of Representatives and maybe the Senate in 2018.
It is true that midterm elections often favor the opposition party:  Reagan lost seats in 1982 and 1986; Bush in 1990, Clinton lost the House & Senate in 1994, Bush lost the House & Senate in 2006 and Obama lost the House in 2010 and the Senate in 2014.
So the history argument is correct.   In other words, history is on the side of the opposition in mid-term elections.
So what is my friend Barry Casselman saying about this?   He has been following and reporting on elections since 1972.
This is what he sees 11 months before we vote:
This tide in blue might still happen, but the genuine signs for
it are not yet present. In fact, the signs for now point the other
way. Donald Trump not only defied conventional wisdom in
2016, he has continued to do so (admittedly with not a few
political hiccups) in the eleven months since taking office.
With about half a dozen senate pick-ups, and holding
Democratic gains in the house to under 10, the GOP would
break the commonplace precedent, although it has happened
before. For more than that, it would take a now-unexpected
“red wave” in 2018. A “blue wave” would bring back control
of the Congress to the Democrats.
It is too early to tell the color of the approaching wave. All we
can see now is the white of the distant breaking surf.
But a wave is coming — in one color or another.
So we will sit back and watch the events.    Nevertheless, don’t buy into “waves” this early.
P.S. You can listen to Silvio Canto’s show (Canto Talk) and follow him on Twitter.
Tags: Blue or red wave? To share or post to your site, click on "Post Link". Please mention / link to the My View by Silvio Canto, Jr. Thanks!
Posted by Silvio Canto, Jr. Post Link ---> 6:30 PM

This is an under-reported portion of new tax bill: Senate Republicans approved drilling in Arctic refuge.............this is huge for that energy independence that we've been talking about years......
— Silvio Canto, Jr. (@SCantojr) December 26, 2017

The latest distraction from Caracas: Are you ready for "el petro"?

If you are coming to Dallas....bring an umbrella and sweater! 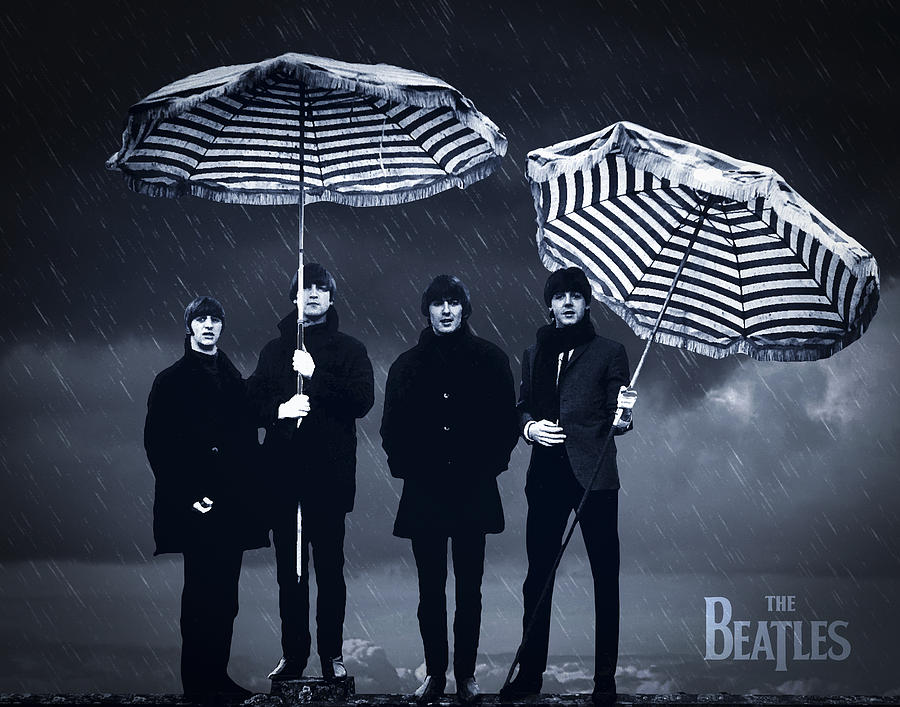 We are having a little rain.   So let's hear one of my favorite rain songs:

Cold in the North? I guess we should all move to Rio today!

It's winter up here but summer is just getting started down south.  So here is a good tune about those summer songs down in Brazil:

Bundle up because it will be cold in the Northeast!

Here is your unofficial weather report, if you are planning to welcome the New Year in New York City:


The arctic cold wave gripping the central and eastern United States for the final week of 2017 is not expected to release its grip by the time tens of thousands are celebrating New Year’s Eve.
"For those looking ahead to the New Year's holiday, the cold pattern that developed this week in the central and eastern part of the country is expected to persist for the remainder of 2017," AccuWeather Long-Range Meteorologist Max Vido said.
A large high pressure system, which is accompanied by the cold and dry air, will suppress most of the moisture in the atmosphere to the Gulf Coast. However, the typical locations across the Great Lakes could face another round of lake-effect snow.
Temperatures on New Year’s Eve may be at least 15 degrees Fahrenheit below normal from the northern Plains and New England southward to the central Plains and the Carolinas. This includes the cities of Chicago, Minneapolis, New York, Philadelphia, St. Louis, Oklahoma City and Raleigh.
This frigid pattern looks to continue into the first week of 2018.

As your mom used to say, bundle up!

P.S.   Here is an idea.   You can always get a blanket and listen to our podcasts:

What happened to the spirit of the compromise?

The Democrats are a bunch of sore losers.

We have certain traditions in this country that the Democrats can't seem to remember:

1) Losers accept results; and,
2) Losers concede quickly and do not put the country through mindless legal gimmicks to change results.

It is insane for a small group of sore loser Democrats to continue to play games and delay everything.
Posted by Silvio Canto, Jr. Post Link ---> 6:00 AM

Everybody wants to be the next Reagan 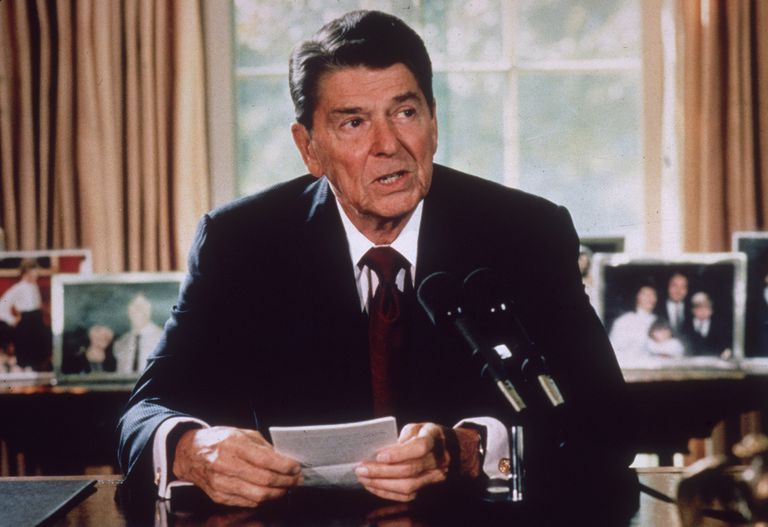 In 1992, former Pres. Reagan spoke at the Republican Convention in Houston. It turned out to be his last appearance at a political convention. A year later, he went into seclusion until his death in June '04.

In Houston, or his last public speech at the GOP convention, Pres. Reagan said this:


"I hope you will let me talk about a country that is forever young..." (Ronald Reagan: Forever young By Roger Simon)

In 2008 and later, we've had debates at the Reagan Library. All of the candidates want to be the next Reagan. Why? Because Reagan was an optimistic fellow.

Here is something to say Merry Christmas about.   According to news reports, it was a good year:


Retailers are enjoying some extra Christmas cheer.
Fueled by high consumer confidence and a robust job market, U.S. retail sales in the holiday period rose at their best pace since 2011, according to Mastercard SpendingPulse, which tracks both online and in-store spending.
Sales, excluding automobiles, rose 4.9% from Nov. 1 through Christmas Eve, compared with a 3.7% gain in the same period last year, according to the Mastercard Inc. MA 0.21% unit, which tracks all forms of payment. E-commerce continued to drive the gains, rising 18.1%.
“It started with a bang in the week leading up to Black Friday,” said Sarah Quinlan, a senior vice president of marketing insights at Mastercard. She added that retailers benefited this year from Christmas Day falling on a Monday, giving shoppers a full weekend to scoop up last-minute purchases. Dec. 23 ranked next to Black Friday in terms of spending, according to Mastercard.
“Overall, this year was a big win for retail,” Ms. Quinlan said.

Indeed it is.   Congratulations to shoppers and retailers!