President Biden has a problem with independents

President Biden has a problem with independents.........

The Justices have broken Biden's pen 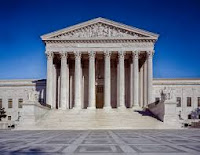 President Biden took off a year ago signing a bunch of executive orders. A year later, the courts have finally broken his pen. This is from news reports:

The Supreme Court blocked President Biden’s push to force employers across the country with over 100 employees to vaccinate their workers in a 6-3 ruling that dealt a sizable blow to the administration’s vaccination push.

This is a huge victory for the Constitution and a rebuke of governing with the pen.

From mayors to governors to school districts to President Biden, we've seen a rash of mandates in the name of public health. President Biden’s mandate against private employers was authoritarian and not how we do business in the U.S. The mandate claimed authority that President Biden does not have. More importantly, the Congress never gave OSHA that power, either.

Cheers for the 6 Justices who understand the Constitution. Thumbs down for the 3 other Justices who can't think outside of the liberal box.

We say happy birthday to Bobby Grich, who was born in Muskegon, Michigan on this day in 1949.

Grich, along with the late Don Baylor, were highly rated minor leaguers in the Orioles' system.

Over the next few years, Grich became the best defensive second baseman in the AL:  Gold glove 1973-76!

After the 1976 season, Grich became a free agent and played the rest of his career with the Angels.