Wednesday's show: Violence in Mexico plus Venezuela and Bloomberg's past

Violence in Mexico plus Venezuela and Bloomberg's past 02/19 by Silvio Canto Jr | Politics:


Violence in Mexico is a major political problem for President AMLO....The Venezuelan police and criminals.....Bloomberg explaining some of the things that he said in the past.......The Nevada debate could be very nasty.......Can anyone stop Sanders?........other stories..........click to listen:

Wednesday’s video: What did Bloomberg say? 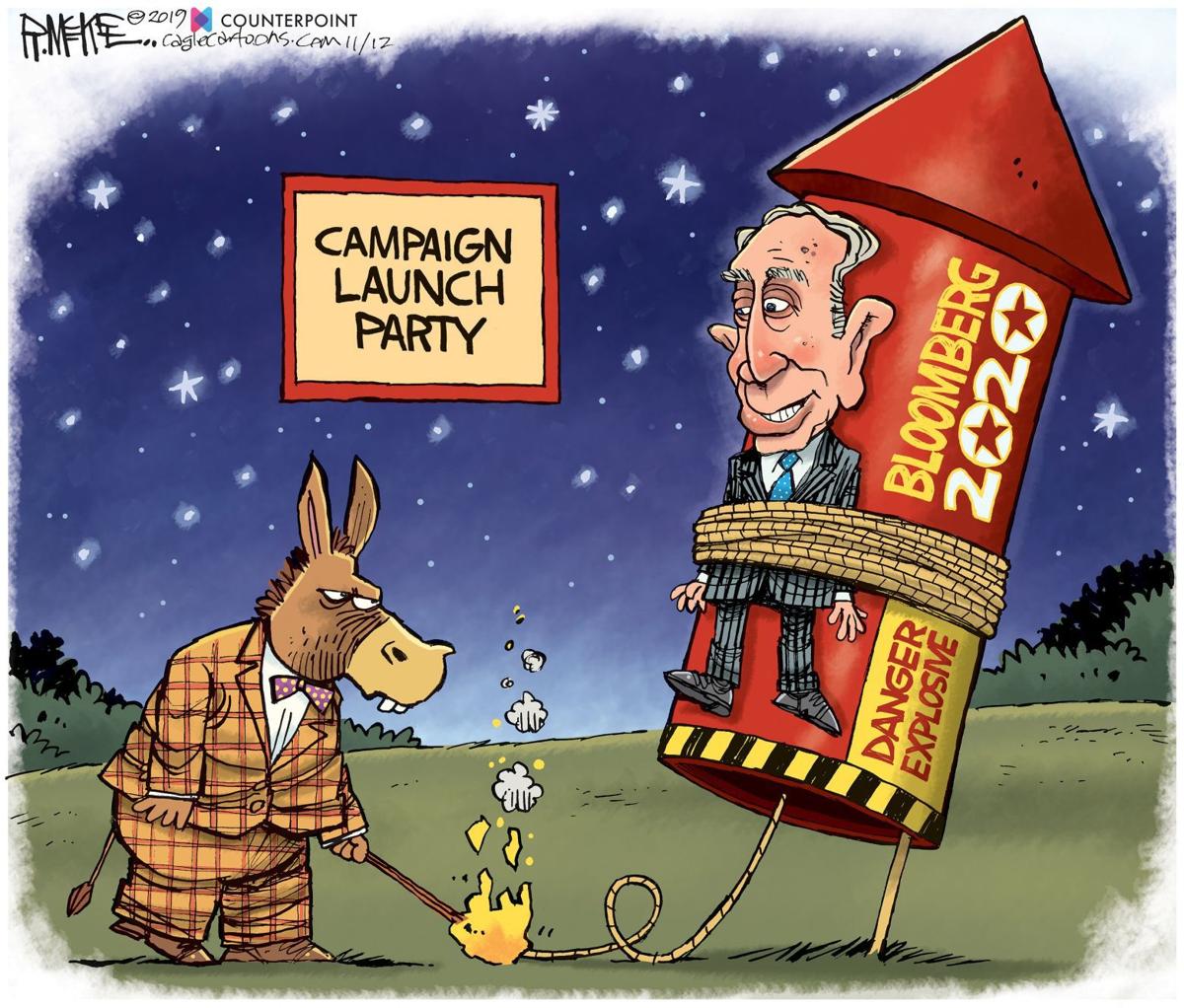 Wednesday’s video:
What did Bloomberg say?
Click to watch:

Looking ahead to the Democrat Convention in July, I believe that a Bernie Sanders-Stacey Abrams ticket may come out of Milwaukee.
Yesterday, Abrams said this on “The View”:

My guess is that a lot of Democrats would love to have her serve, too.
Let me give you the following scenario:
First, Sanders is nominated with huge opposition from the party establishment.  Nevertheless, he wins.
Second, Democrats like Kamala Harris, the other black lady, will say no to Sanders’ offer for VP.   In other words, she will not pick a fight with the establishment and risk 2024 or even her reelection to the U.S. Senate.  Also, she does not want to lose big in November.
Third, Abrams is black and the delegates, fueled by the Squad, will get her on the ticket.  It will be their way of showing the Establishment that they care more about ideology than the party.
A Sanders-Abrams ticket is very likely.  He will be ridiculed for his leftist positions.  She will have a hard time persuading anyone about being a heartbeat from the presidency.
We will see.  I would not be shocked if Bernie and Stacy share the stage the last night of the convention.
A few weeks later, President Trump and VP Pence will share the stage, too.
Sometime in October, VP Pence will debate Miss Abram and confirm that the lady is unqualified for national office.
PS: You can listen to my show (Canto Talk) and follow me on Twitter.
Posted by Silvio Canto, Jr. Post Link ---> 7:21 AM

They remember President Hayes in Paraguay

I’ve seen a lot of busts and statues of U.S. presidents in Mexico, Venezuela and even Cuba where I was born.   There are also many English language schools named after U.S. presidents south of the border.
You probably don’t know a lot of people from Paraguay.  It is a landlocked country in South America surrounded by Argentina, Bolivia and Brazil.
Paraguay has a troubled history with lots of political upheaval and dictators.  It’s culture is heavily influenced by Guarani Indians and many even speak that native language in their daily life.   Despite its natural beauty, the country is not known as a tourist destination.
Even most Latin Americans know little about Paraguay.  It’s probably the Spanish version of  “flyover country” when you go from Miami to Buenos Aires or from Santiago, Chile to Sao Paulo.
My parents, like so many of that generation, did dance to “Recuerdos De Ypacaraí”, the beautiful romantic song from Paraguay about love on the shores of that famous lake.  It’s a song about a young man who meets a girl and she speaks her native language.  Even Julio Iglesias added that lovely song to his repertoire.
So why do they remember President Rutherford Hayes down in Paraguay?  They even named a city after him.   He may be the only U.S. president to have that honor. After all, we hardly remember President Hayes up here.  He won the super controversial presidential election of 1876 and served only one term.  Why do they love President Hayes in Paraguay, a country way down in South America?
Well, here is the rest of the story:

Rutherford B. Hayes, the 19th U.S. president, doesn’t get much respect. He’s remembered, if at all, for losing the popular vote in 1876 but winning the presidency through Electoral College maneuvering. That gave rise to his nickname, “Rutherfraud.”But there’s one place where Hayes stands as a historical heavyweight: in the tiny South American nation of Paraguay.In fact, an industrial city on the banks of the Paraguay River is named Villa Hayes — Spanish for “Hayesville” — in his honor.Here’s why: Hayes took office in 1877 in the aftermath of the Triple Alliance War, a conflict that nearly destroyed Paraguay. The country lost huge chunks of territory to victorious Brazil and Argentina. Later, Argentina later tried to claim the Chaco, the vast wilderness region of northern Paraguay.At the time there was no United Nations or World Court. So the two sides asked the United States to settle the dispute — and President Hayes sided with Paraguay. The decision gave Paraguay 60 percent of its present territory and helped guarantee its survival as a nation, says Maria Teresa Garozzo, director of the Villa Hayes Museum.  “Hayes is a giant,” Garozzo says. “He is a spectacular, immortal figure for us.”

That’s the story of President Hayes and Paraguay.
So here is a tip if you are trying to impress some girl from Paraguay:  Buy some red roses for her birthday, practice your Spanish with “Recuerdos de Ypacarai” and tell her that you remember what President Hayes did for her country.  I cannot guarantee results but the strategy will win you some points.
P.S.  You can listen to my show (Canto Talk) and follow me on Twitter. 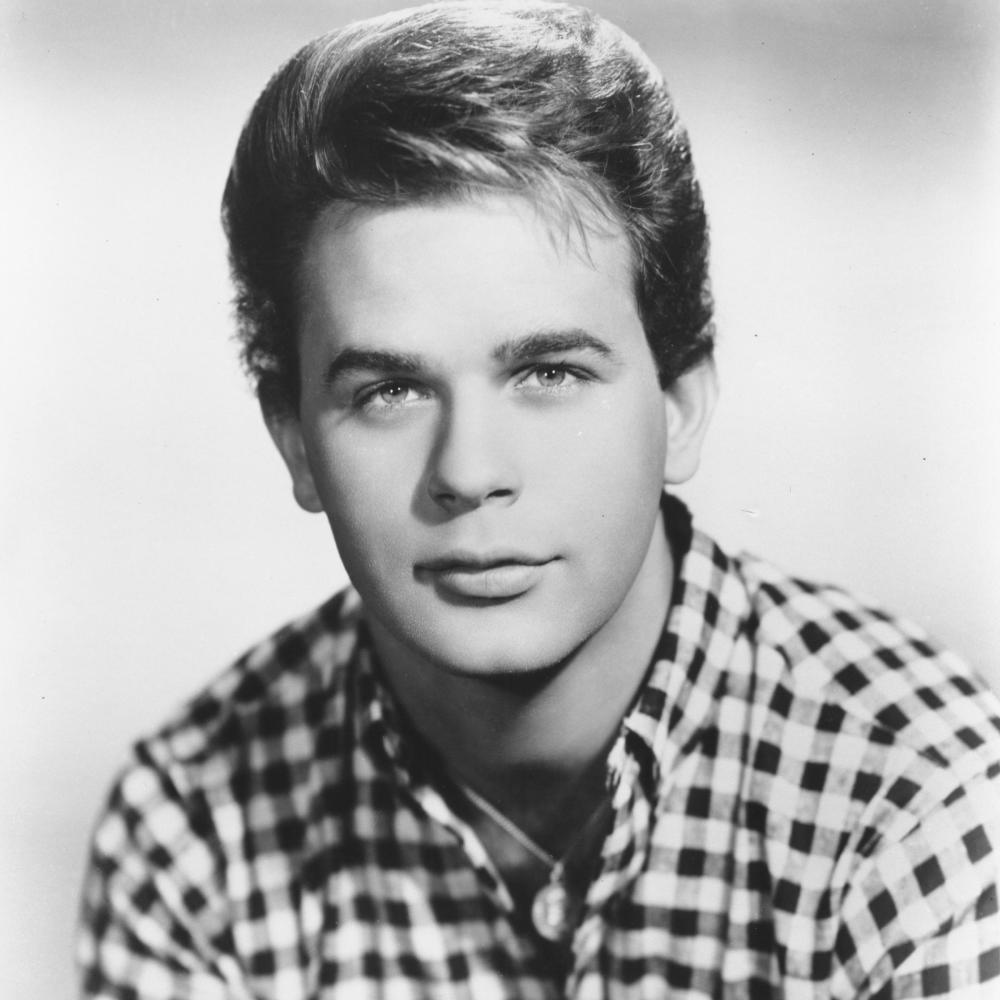 We say happy birthday to  Lugee Alfredo Giovanni Sacco who was born in Pennsylvania on this day in 1943.

We know him as Lou Christie and many of his big hits, such as "Lightnin' Strikes", "The Gypsy cried" and "I'm Gonna Make You Mine".

"Back from eternity" is a good movie

This is a fantastic movie.

Here is the plot:   A plane bound for South America crashes in a jungle somewhere.   It includes quite a cast of characters, from a nice old couple, to a beautiful woman, to a pilot who fought in the war, and so on.

They crash in the jungle and the rest is very intense and good.   You will really love the old couple at the end.