Wednesday's video: It's time to move on and forget 2020 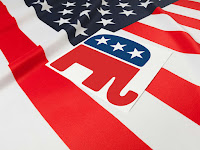 The lights did not go out in Texas. The power grid survived the 2022 winter storm and now we can get back to talking politics. Sorry, Beto.

This is the latest from The Lone Star State according to Politico:

Democrats were caught off guard by Donald Trump’s numbers in South Texas in 2020. The Hispanic Republican women who live there were not.

Many of them have played a leading role in urging their neighbors in majority-Hispanic South Texas to question their traditional loyalty to the Democratic Party. Hispanic women now serve as party chairs in the state’s four southernmost border counties, spanning a distance from Brownsville almost to Laredo — places where Trump made some of his biggest inroads with Latino voters.

A half-dozen of them are running for Congress across the state’s four House districts that border Mexico, including Monica De La Cruz, the GOP front-runner in one of Texas’ most competitive seats in the Rio Grande Valley.

It’s some of the clearest evidence that Trump’s 2020 performance there may not have been an anomaly, but rather a sign of significant Republican inroads among Texas Hispanics — perhaps not enough to threaten the Democratic advantage among those voters, but enough to send ripples of fear through a party that is experiencing erosion among Hispanics across the country.

So, the women are leading the charge? Yes, they are.

Honestly, this is not a big shock for those of us who’ve been watching politics down here. We’ve seen more and more women campaigning for the GOP and the family values that the Democrat Party has walked away from since the “wokes” took over the party.

The Democrats are surprised that Hispanic women are religious, anti-abortion, and pro-border security. I’ve also seen many of these ladies interviewed and they resent all the talk about defunding the police or open borders. Why do they hate it? They are talking about their husbands and sons wearing the police badge or protecting the border.

So Hispanic women are the big story in Texas. Who would have predicted that a few years ago?

Barbara Lewis was born on this day in 1943.   She has a great voice and quite a few good songs.

Some of her big hits were "Baby, I'm Yours", "Hello Stranger", and "I'll Make Him Love Me".   I saw on the Internet that they've released a collection of her hits!

Like Dionne Warwick, Barbara Lewis had a great voice and very easy songs. They sound just as good today as they did in the 60s!
P.S.  You can listen to my show.  If you like our posts, please look for ”Donate” on the right column of the blog page.
Posted by Silvio Canto, Jr. Post Link ---> 12:04 AM