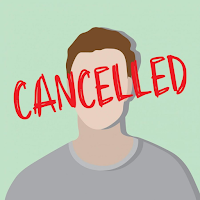 Like the band that can only play two songs, the Democrats are on stage.  Remember the band from The Blues Brothers' hilarious film?  Jake and Alwood played "Rawhide" and "Stand by Your Man" because that's all they knew to please a country audience.

Well, the Democrats know two songs to please the hysterical left.  First, you are a racist.  Second, it's all Trump's fault.  Last, but not least, sometimes they do a medley and give you both.

Secretary Alejandro Mayorkas, the lead vocalist of the border band, took the microphone on Sunday:

Secretary of Homeland Security Alejandro Mayorkas has claimed that the number of people looking to enter the U.S. at the southern border could be the highest in 20 years, but in an interview with "Fox News Sunday" he claimed that this is because of the Trump administration's actions, not policy changes that took place in the early days of President Biden's administration.   Biden has scrapped a number of Trump's policies which included having asylum seekers remain in Mexico instead of staying in the U.S. while they wait for their cases to be heard. Mayorkas denied that Biden's changes have encouraged the current migrant surge.

What's new?  On one hand, the Secretary said that the number of people entering was at a 20-year high.   Of course, it's all Trump's Wanna make a bet?  Mayorkas will be toxic very soon, the scapegoat for this disastrous policy.

On this one, Biden broke it.  Worse than that, they have no idea of how to fix it.

Wanna make a bet?  Mayorkas will be toxic very soon, the scapegoat for this disastrous policy.

On this one, Biden broke it.  Worse than that, they have no idea of how to fix it.